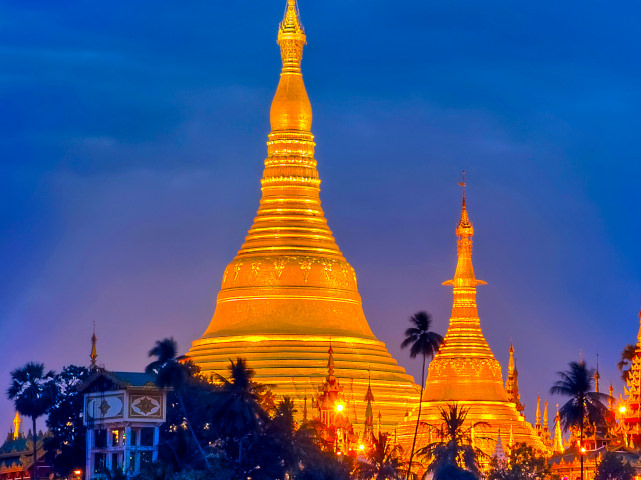 According to the Directorate of Investment and Company Administration (DICA), more than US$3.767 billion of foreign direct investments were made by 45 enterprises including capital increases of investments in the Thilawa Special Economic Zone over the past ten months of the current financial year (2020-2021). The top sources of investments came from the enterprises listed from the UK, Japan, and Singapore. In addition, enterprises from Brunei, China, Thailand, India, Malaysia, Republic of Korea, Vietnam, the Marshall Island, Samoa, Hong Kong, and Taiwan made investments this year.

Endorsements of YRIC for ten proposals

The Myanmar Investment Law grants powers to the relevant region and state investment committees to permit local and foreign proposals. In the last ten months of the current financial year 2020-2021, eight foreign companies and two joint venture companies as well as two local companies have been endorsed by the Yangon Region Investment Committee (YRIC) in the manufacturing sector. Their main business activities are manufacturing of bags, footwear, underwear, and garments on a Cutting, Making, and Packing (CMP) basis, manufacturing of construction materials, production and sales of aluminium, grinding and manufacturing of pulses and beans, and production and distribution of fish sauce.

The manufacturing industry is the most attractive industry for foreign investments in the Yangon Region. To date, China, Singapore, Japan, Hong Kong, the Republic of Korea, Vietnam, India, Taiwan, Malaysia, the British Virgin Islands, and Seychelles are entering the region in order to make investments.

Even though permits for mining blocks were suspended in 2016, local and foreign investors are now permitted to operate in the mining industry due to the enactment of the new Myanmar Mines Law, which came into force in 2018 at the time of the issuance of the rules. According to the Ministry of Natural Resources and Environmental Conservation, they have permitted over 1250 small, medium, and large scale mineral blocks for excavation.

The data from the Ministry of Commerce shows that there was a sharp increase in the mineral exports last financial year (2019-2020), reaching $1.87 billion. In the current year, the value of mineral exports has decreased drastically to US$776.737 million since 9 July 2021 due to the coronavirus related disruptions.

No plan for Kirin Holdings to leave Myanmar despite losses

Myanmar Brewery Limited is a joint venture company of which 51 percent of shares are subscribed by Japanese drinks giant Kirin with the rest of the shares subscribed by companies owned by Myanma Economic Holdings, which has a relationship with the Myanmar military. With sales this half year having dropped 28% to K152 billion ($92.3 million) compared with last year, as well as being forced to scrap its beer partnership with a joint venture linked to Myanmar due to pressure, Kirin has no plans to exit Myanmar according to its senior executive officer. He said that they are not considering leaving Myanmar in the current situation, but will still continue negotiations to terminate the joint-venture with Myanma Economic Holdings. The discussion is currently halted by the COVID-19 pandemic. In the first half of this year, Kirin’s beer production businesses in Myanmar booked an impairment loss of over 21.4 billion yen ($193 million).

Despite the suspension of cross-border trade due to the COVID-19 outbreak, Chinese traders are purchasing live cattle on the black market across the border between Myanmar and China according to the Chairman of Mandalay Region Cattle Exporters Association. He said that there is an illegal market around the Myitkyina and Waingmaw areas, with the live-cattle business to China’s border booming. Myanmar’s live cattle export relies on Chinese consumers due to the good price although other external markets exist such as in Laos, Thailand, Malaysia, and Bangladesh.

Each permit valid for three months can be issued by the Ministry of Commerce to each company for exporting 100 cattle. If the cattle isn’t sold by the companies within the specified three months period, legal action can be taken.

According to the Myanmar Foreign Ministry, China will transfer more than $6 million to Myanmar’s government for 21 development projects in order to develop cooperation between China and Myanmar.

The Ministry said that the funds were to be transferred from China for projects within the Mekong-Lancang Cooperation framework. The projects include animal vaccines, culture, agriculture, science, tourism, and disaster prevention. The Chinese Embassy in Myanmar confirmed that China and Myanmar signed an agreement in the second week of August. China has a significant influence on Myanmar, having invested a large amount in the oil and gas industry.

Singapore’s investments in Myanmar this FY

Between October 2020 and June 2021, Singapore is the second largest investor in Myanmar after thirteen Singapore companies brought US$428 million into Myanmar, according to the data released by the Directorate of Investment and Company Administration (DICA). The main industries Singapore invested in were urban development, real estate, power, and manufacturing.

Singapore has remained as the largest foreign investor in Myanmar since 2012 as well as the second largest investor in the Thilawa Special Economic Zone after Japan.

On 2 August 2021, the Central Bank of Myanmar (CBM) issued a statement which mentions the stipulations to be followed by local banks on the appointment of foreigners. According to the statement, foreigners are not allowed to be chair or vice-chair in local banks.

Additionally, local private banks have their own responsibilities and accountabilities in hiring foreigners subject to the conditions stipulated by the CBM. In order to continue banking operations without any delay, banks must report the appointment of foreigners to the CBM 30 days prior to their confirmed employment.

This newsletter is for information purposes only

Its contents do not constitute legal advice and it should not be regarded as a substitute for detailed advice in individual cases. Transmission of this information is not intended to create and receipt does not constitute a lawyer-client relationship between Charltons and the user or browser. Charltons is not responsible for any third party content which can be accessed through the website.

If you do not wish to receive this newsletter please let us know by emailing us at enquiries.myanmar@charltonslaw.com