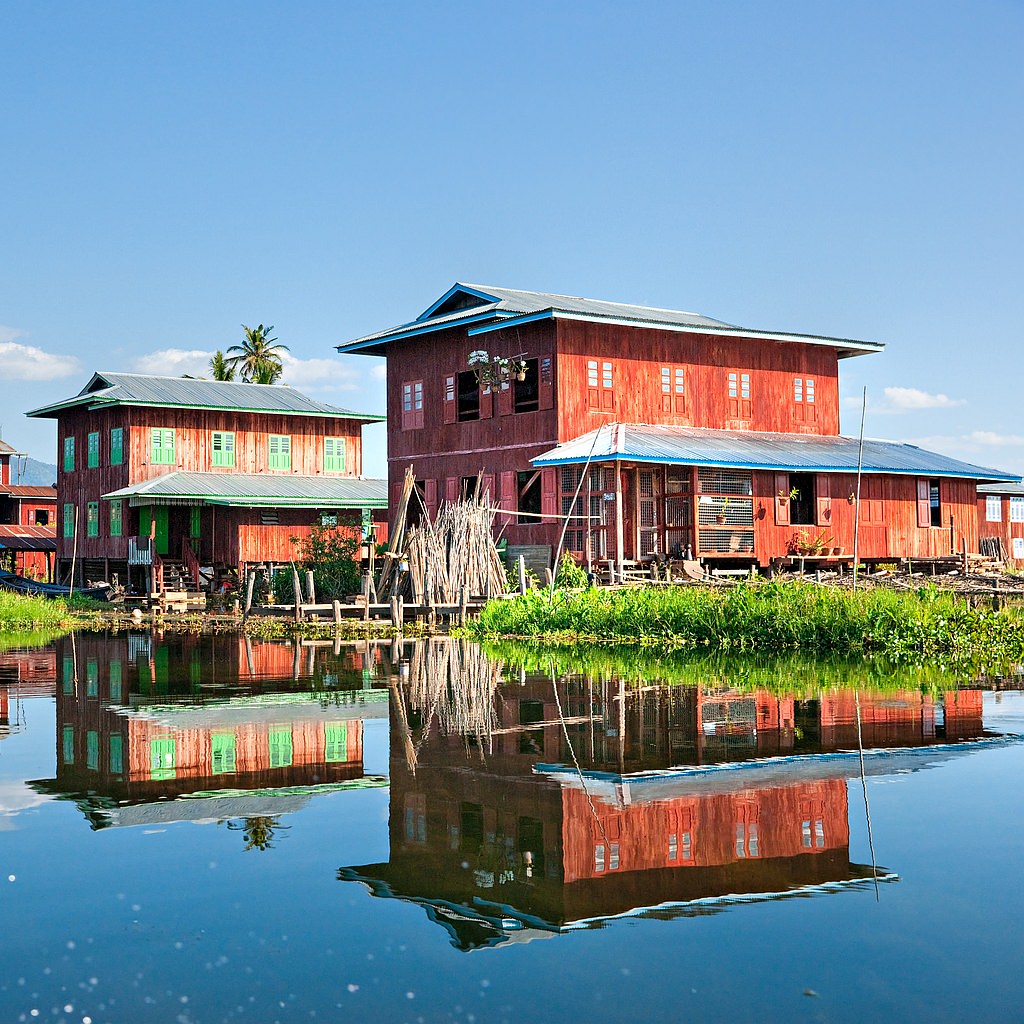 Foreign casino operators from Hong Kong, Macau and Taiwan have been actively pursuing opportunities in Myanmar, according to Directorate of Investment and Company Administration acting director-general U Thant Sin Lwin.  The 2018 Gambling Law, which was passed in May 2019, legalises casino gambling in Myanmar, but only in the case of foreigners.   The government’s objective is to expand tourism and increase government tax revenue.  According to U Thant Sin Lwin, foreign casino operators have requested information and surveyed the market in Myanmar, and are considering establishing businesses in Yangon, in border areas or on islands.  However, rules and procedures must be implemented before operators are able to establish casinos in Myanmar.  (Source: https://www.mmtimes.com/news/foreign-casino-operators-looking-set-myanmar.html, 7 August 2019)

Myanmar and South Korea will jointly develop an industrial zone on 555 acres of land in Hlegu township north of Yangon.  Myanmar’s Ministry of Construction, South Korean government-owned corporation Korea Land and Housing Corporation and South Korean corporation Global Sae-A Co Ltd signed an agreement on 7 August 2019 to set up a joint venture company for developing the industrial zone, to be named Korea Myanmar Industrial Complex (“KMIC”).  U Han Zaw, Myanmar’s Minister of Construction, stated that the KMIC would create between 50,000 and 100,000 jobs, and also enhance Myanmar’s manufacturing base, exports, training of talent and socio-economic development.  South Korea’s Economic Development Cooperation Fund will provide a loan to Myanmar who will construct the basic infrastructure including roads and utilities.  U Min Heit, director general of the Department of Urban and Housing Development, stated that the joint venture may be the first of further joint ventures for urban development in Myanmar.  (Source: https://www.mmtimes.com/news/myanmar-and-south-korea-jointly-develop-industrial-zone-yangon-township.html, 9 August 2019)

Win Aung, chair of Myanmar Thilawa Special Economic Zone Holdings Public Co., Ltd (“MTSH”), has stated that Thilawa Special Economic Zone (“Thilawa SEZ”) requires world-class jetties and logistics services so as to expand the network of factories.  According to the MTSH 2018-2019 annual report, “there is a growing need for an international port as well as logistics operations as more and more factories start operating within the Thilawa SEZ. We are… planning for a multimodal logistic hub within Thilawa SEZ in the near future.”  In December 2018, a new port built by Thilawa Multipurpose International Terminal Co., Ltd. with a loan from Japanese Overseas Development Assistance, began operation.  In May 2019, Toyota Myanmar Co., Ltd announced a US$52.6 million assembly plant to be constructed in Thilawa SEZ, where it plans to manufacture 2,500 Toyota Hilux pick-up trucks annually commencing in 2021.  According to Win Aung, Toyota’s assembly plant will attract automobile parts manufacturing companies to Thilawa SEZ.  Overall, 108 companies from 19 countries have made investments into the Thilawa SEZ, with approximately 60% of companies targeting the local Myanmar market and approximately 40% focusing on the overseas market.  (Sources: https://elevenmyanmar.com/news/thilawa-sez-in-need-of-international-standard-jetties-and-logistics-services, 4 August 2019; https://elevenmyanmar.com/news/toyota-to-invest-us526-million-to-build-an-assembly-plant-in-thilawa, 31 May 2019; and https://ysx-mm.com/wp-content/uploads/2019/08/dd_00002_20190802_1.pdf, 2 August 2019)

CENTRAL BANKS OF MYANMAR AND THAILAND TO COOPERATE

A meeting between the central banks of Myanmar and Thailand was held on 30 July 2019 at the Central Bank of Myanmar in Nay Pyi Taw, with the aim of enhancing collaboration on banking and financial matters, including banking cooperation, local currency usage, and cross border payment and settlement.  Initiatives discussed at the meeting include the adoption of a framework for the comprehensive usage of local currencies (the Myanmar kyat and Thai baht) in border trade, and the signing of a memorandum of understanding on payment systems between the two central banks.  (Sources: http://mizzima.com/article/central-banks-myanmar-and-thailand-collaborate-trade, 1 August 2019; and https://www.bot.or.th/English/AboutBOT/Activities/Pages/BilateralBOTCBM_30Jul2019.aspx, 1 August 2019)

On 4 August 2019, Yangon City Development Committee and Yangon Heritage Trust awarded the 31st Blue Plaque to Rosewood Yangon, soon to be Yangon’s first ultra-luxury hotel.  The plaque, which recognises Yangon’s key heritage sites, represents significant developments for Yangon in respect of preserving the city’s cultural heritage and expanding the hospitality offerings.  Starting from October 2019, guests may stay at Rosewood Yangon, which will offer 205 guestrooms, suites, and one and two-bedroom residences.  The hotel is located in the former New Law Courts.  Following a 2012 tender to private developers, a lease agreement was signed in 2014 between the Yangon Region Government and Prime Residence, a partnership between Thailand’s Kanok Furniture and Decoration and Myanmar’s Jewellery Luck Group of Companies.  Restoration work amounted to almost US$100 million.  In May 2018, an agreement was signed between Prime Residence and Hong Kong’s Rosewood Hotels & Resorts to make the ultra-luxury brand available in Myanmar.  (Source: https://www.mmtimes.com/news/rosewood-yangon-receives-blue-plaque-open-amid-softer-tourist-arrivals.html, 5 August 2019)

Myanmar’s own satellite, Intelsat 39/Myanmar Sat 2, was launched into orbit on 7 August 2019 from French Guiana by French service provider Arianespace.  The satellite is expected to lead to enhanced and faster communications in Myanmar, especially in remote areas.  The satellite will provide C- and Ku-band services to the Ministry of Transport and Communications (“MOTC”) in the final quarter of 2019, which will facilitate the MOTC in realising its goal of 95% of the population having broadband connectivity by 2022.  The integration of the satellite services into Myanmar’s mobile networks will enable the MOTC to significantly increase network bandwith, speed and reliability when it expands into remote areas.  In addition, the satellite will satisfy e-government requirements, as well as provide critical e-banking services and information throughout Myanmar.  According to U Win Aung, chief engineer of the Ministry of Transport and Communications’ Information Technology and Cyber Security Department, if there is a natural disaster, communications can be established promptly, significantly increasing the success rate of rescue efforts.  Further, according to U Win Aung, as Myanmar will now manage and operate its own satellite frequency, Myanmar’s GDP may increase from 3% to 5%.  Currently, Myanmar is leasing satellite channels from the United States, China, Thailand, Vietnam and Indonesia.  From October 2019, government departments as well as private companies will be able to utilise the satellite.  (Source: https://www.mmtimes.com/news/myanmars-very-own-satellite-now-orbit.html, 8 August 2019)

Ooredoo, one of the four telecommunications service providers in Myanmar, has converted 150 libraries into digital libraries over six months.  Under Ooredoo’s Beyond Access Myanmar project, Ooredoo has provided internet connectivity and 166 laptops to 150 libraries located in urban and rural areas.  Over the six month period, the number of internet users at the libraries increased by 117,472, of which almost 9,500 are regular internet users.  In 2014, Ooredoo Myanmar and Myanmar Book Aid and Preservation Foundation began their collaborative efforts to transform public libraries into digital public centres throughout Myanmar.  Since the commencement of the project, Ooredoo has donated 539 mobile tablets and 166 laptops as well as provided internet access to 150 libraries.  (Source: https://elevenmyanmar.com/news/ooredoo-help-convert-150-libraries-to-digital-ones-in-six-months, 7 August 2019)

YANGON TO TENDER FOR SMART-PARKING SYSTEM

A memorandum of cooperation was signed between Myanmar and Japan in March 2019 for skilled Myanmar workers to work in Japan for five years.  To be eligible, workers must work for certain sectors/businesses: healthcare, building, cleaning and management, machines and parts, industrial equipment, electricity supply, electronics and information, construction, ship-building and machinery, car servicing and maintenance, aviation, hotel service, agriculture, fishery, livestock breeding, food and beverage and food service.  Workers are required to have passed Japanese language tests, and completed work proficiency and technical worker courses.  Japanese officials will conduct examinations for skilled workers in the hotel service industry in Myanmar in October 2019.  The two countries have decided on prescribed standards for overseas employment agencies.  (Source: https://elevenmyanmar.com/news/skilled-myanmar-workers-to-be-allowed-up-to-five-year-work-in-japan, 1 August 2019)

From start-ups to major conglomerates, it is becoming increasingly common for businesses throughout Asia to engage workers on a freelance and contractor basis.  Although the “gig economy” is still in its infancy in Myanmar, it is growing.  Businesses in Myanmar may use freelance and contractor arrangements in order to avoid hiring full-time employees; and workers enjoy the work-life balance offered by freelancing as well as the new earning opportunities from additional income sources.  However, gig opportunities are not as widespread in Myanmar as compared to other countries in Asia, according to Ma Honey Mya Win, founder of Chatesat, an online platform connecting freelance professionals to employers.  “Employers are mostly still hiring full time. Part time or freelance jobs are few and far between and workers are still skeptical of the nature of short-term jobs”, she stated.  Currently, the majority of freelance jobs in Myanmar are in relation to digital work, including web development and video editing, and graphic design.  Nevertheless, Myanmar’s freelance industry is slowly developing, with freelancers increasingly receiving jobs in the startup sector.  (Source: https://www.mmtimes.com/news/growing-myanmars-gig-economy.html, 2 August 2019)