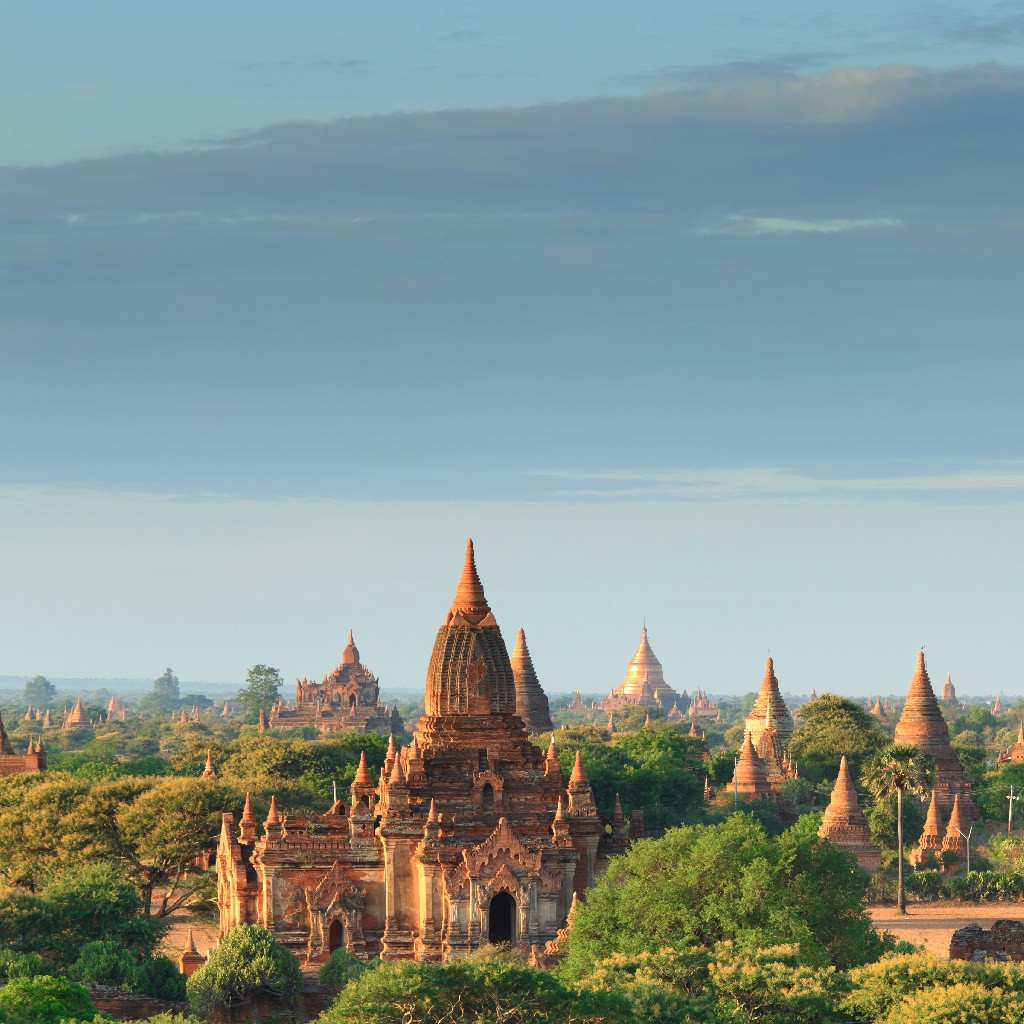 The Myanmar Investment Commission has granted approval to a number of new companies seeking to establish operations in the Thilawa Special Economic Zone (Thilawa SEZ). Thai Central Chemical Public Co. Ltd and CPP Fertiliser Co. Ltd will invest US$12.5 million and US$10.5 million respectively to establish their own manufacturing and storage facility. TOA Paint (Thailand) Co., Ltd will invest US$12 million to develop a facility to manufacture construction chemicals such as waterproofing products, elastic bonding, wood coatings and marine system coatings. Japan’s Taiyo Nippon Sanso Corporation will invest US$11.29 million to develop a facility to manufacture oxygen, nitrogen and argon. The Bühler Group, operates in over 140 countries, will invest US$5.2 million to import and assemble milling machinery for the rice, flour, bean and pulses and feed sectors. Twenty of the sixty-eight factories approved to establish operations during the first phase (Zone A) in the development of Thilawa SEZ are now operational. Total investment of Zone A is expected to be US$880 million. A residential and commercial area will be developed on an 80-acre site inside Zone A, 9-acres of which are to be set aside for the development of condominiums. The Government is expected to issue an invitation for expressions of interest in respect of the development of the residential and commercial area. The Thilawa SEZ is expected to create between 20,000 – 40,000 jobs once the development of Zone A has been completed. It is expected that the total area of Zone A will be increased by 20% to 500 hectares. The Thilawa SEZ is operated by the Myanmar Japan Thilawa Development Co. Ltd, a joint venture between the governments of Myanmar and Japan. (Source: http://www.mmtimes.com/index.php/business/23635-thilawa-factories-open-doors.html, 14 November 2016; http://www.mmtimes.com/index.php/business/23803-tender-to-be-held-for-thilawa-sez-condos.html, 21 November 2016; and http://www.irrawaddy.com/business/the-irrawaddy-business-roundup-november-3.html, 3 December 2016)

Myanmar’s Ministry of Electricity and Energy (Ministry) has begun to issue licences to Myanmar-owned small-scale and ‘artisanal’ oil companies. For the first time temporary licences will be issued to small-scale operators engaged in the drilling for, or refining of, crude oil in Myanmar. The initiative will help formalise the previously unregulated sector which employ thousands across the Sagaing, Ayayarwady and Yangon regions of Myanmar and where poor operational, safety and environmental standards are widespread. Under the terms of the licence programme, licenced refiners are prohibited from refining crude supplied by non-licenced oil companies. They are further required to reveal the identity of their suppliers and the amount refined in monthly reports to be submitted to the Ministry’s sub-committees responsible for overseeing the programme. Licences will initially be issued for the financial year ending 31 March 2017. Licencees may apply for a one-year licence extension on the expiration of their licence. Licencees are required to be tax compliant, and to colour their products for identification purposes. Paraffin is to be coloured pink, petrol green, and diesel indigo blue. (Source: http://www.mmtimes.com/index.php/business/23652-artisanal-oil-licences-to-be-issued-this-month.html, 14 November 2016)

The Government has announced it expects to finalise its plans for the restructuring of the recently nationalised Myanmar Agricultural Development Bank (MADB) by the middle of 2017. The Ministry of Finance is overseeing the process and has convened a sub-committee responsible for preparing a feasibility study on the different reorganisation and privatisation options available to Myanmar Agricultural Development Bank. Preliminary details of a formal restructuring plan are expected to be made public in early 2017. The Government has made a commitment to ensure state-owned banks will no longer be given preferential treatment. It has also promised to apply capital and foreign exchange holdings more consistently across the sector, and to end the state banks’ monopoly on the provision of foreign currency accounts. State-owned banks dominate Myanmar’s banking sector, although the percentage of total banking assets held by state-owned banks fell from 67 % to 46% from 2013 – 2016. Both the World Bank and International Monetary Fund have raised concerns in respect to the dominate market position state-owned banks enjoy in Myanmar. (Source: http://www.mmtimes.com/index.php/business/23654-govt-mulls-state-bank-share-sales.html, 14 November 2016)

The Myanmar Garment Entrepreneurs Association said that the reinstatement of the EU’s “Generalised Scheme of Preferences” (GSP) to Myanmar produced products has led to increased orders from EU member states. The GSP allows developing countries to pay less or no duties on their exports to the EU. This gives them vital access to EU markets and contributes to their economic growth. Japan remains the largest market for Myanmar produced apparel. In 2015 apparel exports to Japan were worth over US$580 million and representing 33% of total clothing exports, the EU accounts for 25 % of total exports, South Korea for 25 % and the U.S. and China for just 2.4 % respectively. Myanmar has in excess of 400 garment factories employing more than 400,000. The vast majority of Myanmar’s clothing factories operate under the ‘cut-make-pack’ system. (Source: http://www.elevenmyanmar.com/business/6925, 4 December 2016)

The Yangon Region Transport Authority (YRTA) has invited expressions of interest from both local and foreign companies (including Myanmar joint venture companies) wishing to participate in the establishment and operation of a water-taxi scheme on the Hlaing River and Nga Moe Yeik Creek. The deadline for submissions of interest is 26 December 2016. The scheme is part of the Yangon Urban Transport Master Plan, a blueprint for the medium- and long-term development of Yangon’s transportation network. Usable jetties already exist on the Hlaing River but it is anticipated that two new jetties will be constructed. There is no pre-existing infrastructure on Nga Moe Yeik Creek. The Government will decide on the exact location of jetties. The YRTA will conduct a pilot survey to determine how many water-taxis will be required once all routes are operational. (Source: http://www.mmtimes.com/index.php/business/23872-water-taxi-tender-to-draw-foreign-bids.html, 24 November 2016)

Australian natural resources company Top End Minerals Ltd (Top End) has acquired an option to purchase a 60% interest in Cornerstone Resources (Myanmar) Ltd (Cornerstone Myanmar) for US$43 million (approximately Kyats 56.5 billion). Cornerstone Myanmar operates the Long Keng Zinc Mine and Lashio Zinc Refinery situated in Shan State, one of the most highly-mineralised regions of Myanmar. Top End acquired the option from Cornerstone Myanmar’s major shareholders China’s Datong Industrial Co. Ltd and Yandal Investments Ltd (Yandal). The option is exercisable for a period of nine months from the date of the payment of non-refundable deposit of US$500,000. Pursuant to the agreement Yandal committed to investing AUD$500,000 in Top End. Long Keng Zinc Mine covers 8 square kilometres of highly prospective ground and hosts two surface outcrops of high-grade smithsonite with an inferred resource of approximately 171,194 tonnes of ore at an average grade of 36.84% zinc for a total contained metal content of 63,066 tonnes. The refinery, which is the only modern zinc refinery in Shan State, went into production in February 2015. It produces 10,000 tonnes of high-grade zinc annually. Discussions on the feasibility of increasing the capacity of the refinery to 18,000 tonnes annually are ongoing. In the future the refinery may also process zinc sourced from slag heaps at the nearby Bawdwin mine and Namtu smelter. The price of Top End’s shares on the Australian Stock Exchange increased 121% to AUD$0.062 following the announcement of the deal. As part of the transaction Top End completed a private placing agreement with Perth-based Triple C Consulting Pty Ltd which raised AUD$2.2 million. A portion of the placing proceeds will be used to pay-down the outstanding balance of the non-refundable deposit. Remaining funds will be used as working capital, to finance in-country activities in Myanmar, and to fund exploration at a Top End-invested zinc project in Australia’s Northern Territory Zinc. (Source: http://www.topendminerals.com/resources/i/TND-Option-Myanmar-Revised-7-December-2016.pdf, 7 December 2016)

Myanmar Ministry of Electricity and Energy