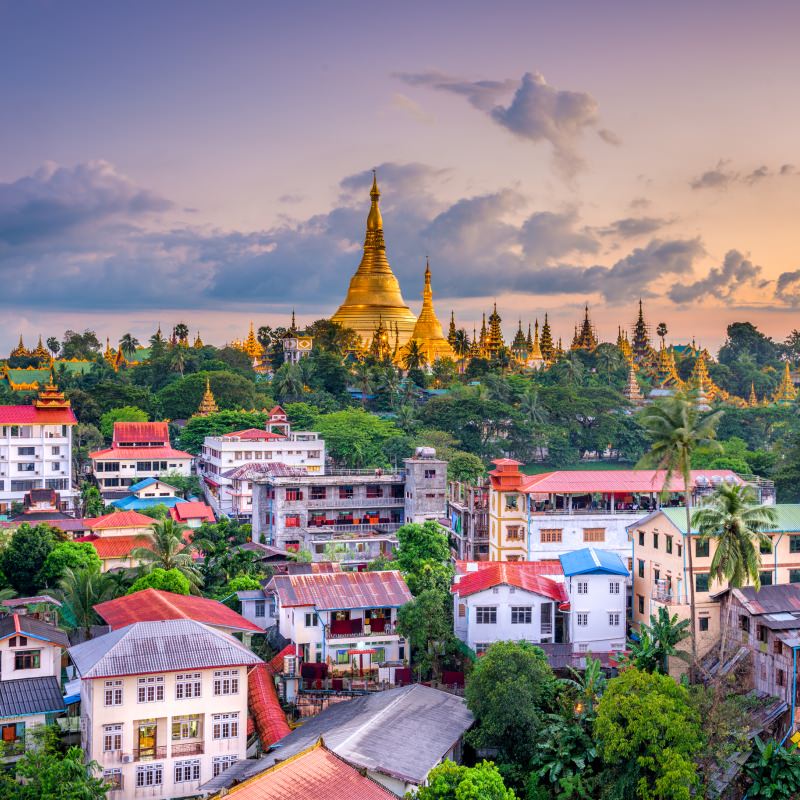 The firms will build the power plant, and subsequently own and operate it for a period of 20 years. According to the terms of the agreements, the companies must implement the projects within six months. Owing to the impacts of COVID-19, there is the potential for delay.

The MOEE stated that the tenders were awarded to the companies that offered the best prices for the electricity to be sold from the projects, with Chinese companies reportedly offering between 3.5 – 5.1 US cents per 1kWh of electricity. This approach has not however been without criticism, with some stating that quality may be comprised and that building capacity of local firms is equally as important. Furthermore, critics also emphasised that many local firms were effectively barred from bidding owing to extensive criteria, such as showing an income of US$20 million per year for the past three consecutive years and having implemented at least one solar power plant project in the past ten years.

Major Bridges to be Built in Sagaing

The Ministry of Construction announced plans for four new bridges to be built in the Sagaing Region in the 2020/2021 fiscal year totaling K42 billion, which adds to the 3470 bridges that have been built during the current Government’s term. Plans for the construction of a further 17 bridges to be located across six regions and states were announced shortly after.

Private construction companies will build the infrastructure on behalf of the Ministry of Construction, with the additions set to enhance connectivity and trade, particularly with respect to less developed regions.

Tender forms can be obtained by emailing irsection2.dob.moc@gmail.com. The deadline for submission is 3 December 2020.

According to the Myanmar Fisheries Products Processors and Exports Association, 30 containers of Myanmar fisheries products (with a value of upwards of US$80,000 per container) have been seized by Saudi Arabia at its ports and are not being permitted entry owing to a policy change.

Myanmar authorities are reportedly in the process of negotiating with Saudi authorities in order to obtain approval for the containers to be imported and for other restrictions on Myanmar fresh-water fish imports to be removed.

This follows Saudi Arabia’s ban on fisheries imports from Myanmar and other ASEAN countries in April 2018 owing to the detection of bacteria. Subsequent to negotiations, Myanmar’s fisheries products were then permitted to resume import in 2019 subject to meeting Saudi’s cold storage and processing standards.

Fisheries exports are a key contributor to Myanmar’s economy, with export earnings topping US$810.9 million in the 2019-2020 financial year, an increase of US$119.8 million from the 2018-2019 financial year. Earnings from fisheries exports to Saudi Arabia totalled approximately US$20-35 million per year.

Myanmar realtors are facing one of the most challenging markets in recent history given the difficulties posed by COVID-19 lockdowns and the real estate sectors reliance on face-to-face interaction between buyers, sellers and agents. As a result, instant messaging apps and video conferencing tools have become somewhat of a necessity, enabling all parties to navigate this challenging time.

Meanwhile, real estate agents have been urged to upgrade their sales teams to better meet customer needs and improve advertising strategies. Sellers have also been encouraged to add value to their properties to pique the interest of buyers given the lackluster market.

Fish farmers in Myanmar are set to adopt a new mobile app (Shwe Ngar (Golden Fish)) in a push to enhance aquaculture knowledge and fisheries technology in Myanmar. The app will feed into the broader national-level plans and Government initiatives that are being implemented to ensure the future success of the sector.

The app will assist fish farmers by providing information on how to stock and feed fish, monitor fish health and keep farmers up to date on hygiene practices, in addition to connecting fish farmers with suppliers and traders. The aim is also to integrate communities in the Shan and Kachin states and the Sagaing and Mandalay regions in order to build strong aquaculture value chains and support inclusive economic growth in Myanmar.

The app was developed by the Fish for Livelihoods project which aims to increase fish production, productivity, food availability and fish consumption in Myanmar. The initiative will also be a benefit to the fisheries sector generally, which has felt the effects of COVID-19 quite considerably, having seen a plunge in demand, a drop in export levels and workers throughout the supply chain out of work.

The Department of Trade recently announced the impending launch of the Tradenet 2.0 Portal, an online system allowing administrative procedures such as export and import permits to be completed online and issued digitally.

Previously, such procedures were carried out manually by the Department of Trade. The new portal will however streamline the process, with traders no longer needing to attend the department (and other departments, as necessary for recommendations) in person. This initiative will not only reduce physical contact, an important consideration in view of COVID-19, but is also expected to facilitate trade.

Two new regulations were announced in a bid to further reform Myanmar’s insurance market, with both reforms taking effect on 1 October 2020.

On 2 October 2020, the MOPFI issued Notification 1/2020 relating to the rules for investors submitting unsolicited project proposals in excess of K2 billion (or US$1.53 million).

If a project proposal is considered to present a potential benefit to Myanmar and the company is considered to have solid financials and work experience, a “Swiss Challenge” tender process will be launched, under which the proposal will be made public, with qualified firms then able to put forward their competing proposals. If, on the other hand, the project is deemed to present a potential benefit to Myanmar but the company lacks solid financials and work experience, the Government will then call for tenders in accordance with the established procedures and advice will be sought from the Center for Public-Private Partnerships and approval must be obtained from the Myanmar Project Bank.

In the event that the company has a solid reputation and requisite international experience in the proposed project area, the company may qualify for an exemption from the tender process, which will allow negotiations to commence directly with the relevant Government department. Approval must however be obtained from the Government in accordance with the official procedures.

A report by YCP Solidiance, a strategy and management firm, noted that the retail sector in Myanmar has seen rapid growth with the emergence of the middle class consumer, however the development of the e-commerce sphere is lagging behind demand.

The report outlines the growth of Myanmar’s retail sector since 2012, with over 50 Asian brands entering the market and driving the development of modern retail establishments. Modern grocery and mixed retailers in particular have seen significant growth over recent years, with cumulative sales generating approximately US$109 million in 2013, compared to US$473 million in 2019. Previously, wet markets and small privately-owned shops dominated the retail market.

Despite advances, the development of the e-commerce sector is lagging behind as while e-commerce platforms such as Alibaba’s Shop.com.mm and the local e-marketplace have a presence in Myanmar, informal vendors continue to dominate the market, with Facebook remaining a key platform for sales. Compounding the stagnation of the e-commerce sector are underdeveloped e-payment systems, with around 90% of Myanmar e-commerce transactions settled via cash-on-delivery, as according to the YCP Solidiance report.

There is however a growing opportunity for multinational firms to tap into Myanmar’s e-commerce sector, particularly in view of the pandemic accelerating demand for e-commerce and digital payments. The strengthening of cybersecurity and fraud prevention mechanisms would however greatly benefit the growth of the sector, an important consideration in view of the recent significant increases in internet usage in Myanmar.

Major Bridges to be Built in Sagaing