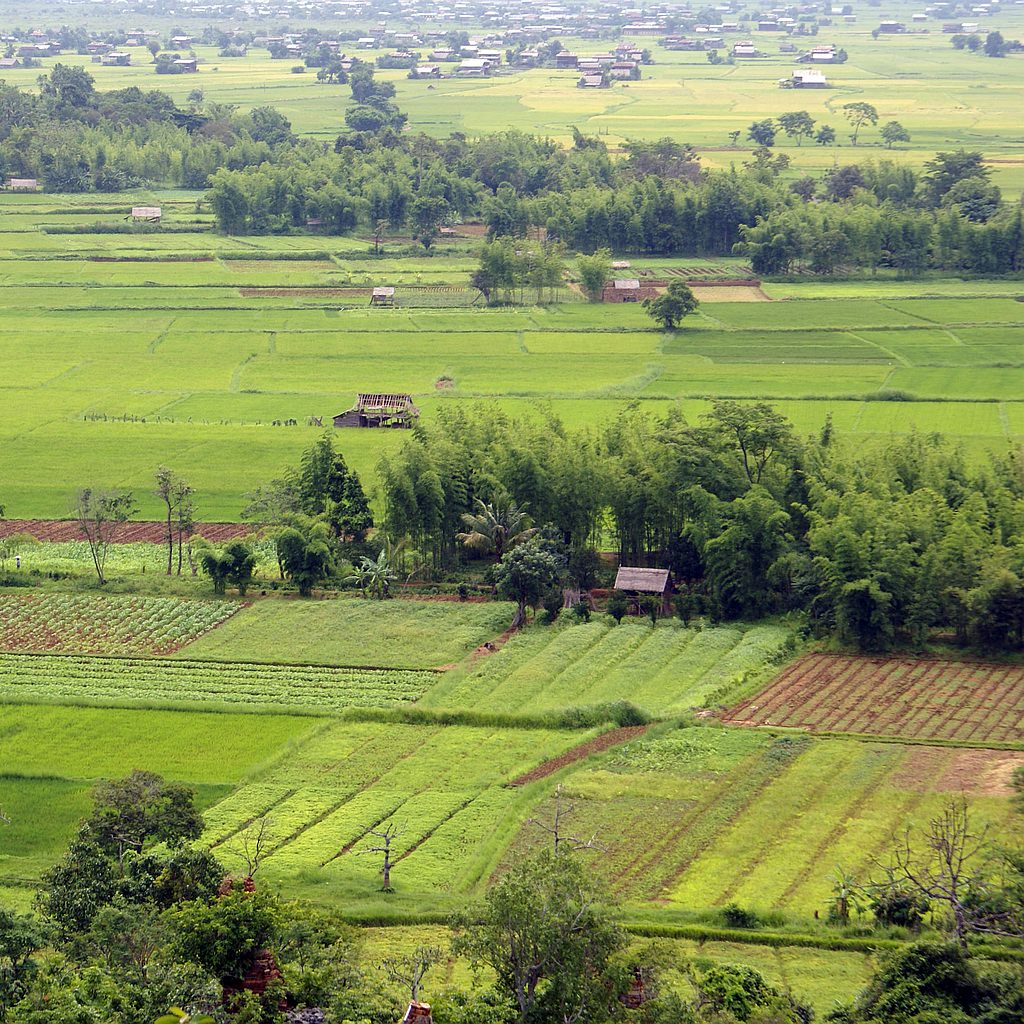 Yoma Strategic Holdings (“Yoma”) has raised Bhat 2.3 billion (or approximately US$70 million) from Thai institutional investors in what is the company’s first corporate bond raising. SGX-listed Yoma Strategic registered the issuance with the Securities and Exchange Commission of Thailand on 25 January 2019.  The bonds were oversubscribed by more than 2.5 times by Thai institutional investors. The five-year fixed rate bonds are priced at 3.38% per annum, which represents a premium of 124 base points above Thai government bonds. The bonds are rated as ‘triple A’ by the Asian Development Bank’s Credit Guarantee and Investment Facility (“CGIF”). Yoma Strategic views a Thai bond issuance as a way of diversifying its sources of funding.  By issuing corporate bonds, the company will be able to target institutional investors, such as pension funds and insurance companies, who are looking at longer tenure transactions than stock trades.

The bond issue will help Yoma secure more funding, while raising its value among equity investors. The strong liquidity in the Thai market and low interest rates make Thailand an attractive destination for issuing bonds.  There are close links between the Thai and Myanmar business communities. It is relatively easier for Yoma to issue debt in Thailand than on other international capital markets. In May 2018, Thailand’s finance ministry granted Yoma and three other foreign companies, EDL-Generation Public Company, Export-Import Bank of Korea and Malayan Banking, permission to issue Baht-denominated bonds and to take the proceeds abroad. The Thai Government is aiming to deepen Thailand’s domestic bond market.  The move will increase the gearing – the level of a company’s debt related to its equity capital – to around 30% in 2019, he added. As at 30 September 2018, Yoma owed a total of US$231.4million, giving it a gearing ratio of 23.8%. The net proceeds from the offering will be used for Yoma’s business expansion and general corporate purposes, including refinancing existing debts and funding capital expenditures. Yoma maintains four portfolios: food-and-beverage franchising, real estate development, automotive and heavy equipment business, and non-bank financial services.  The all-in financing cost is lower than Yoma’s current average rate of borrowing.

More broadly, the Thai bond issue also represents a step forward for ASEAN’s capital markets. According to Yoma CEO Melvyn Pun, “Myanmar is one of the few countries in Asia without a sovereign rating, which makes our AAA issue rating a significant milestone for Yoma as well as for the economy.”   It is also the first time CGIF – which was established by the ADB with paid-up capital of US$859.2 million – will provide a guarantee to a Myanmar-focused business.  The Bangkok-based advisory firm Twin Pine Group Company Limited is Yoma’s sole adviser and Bangkok Bank is the sole arranger for the bond issuance. Yoma Strategic is the first Myanmar-based company to raise funds on the Thailand’s capital markets.

City Mart Holding Co Limited (“CMHL”) and Sandanila Company Limited (“Sandanila Investments”) have announced their intention to establish the City Invest Fund, to facilitate investment in small and medium-sized enterprise (“SME”) food manufacturers. The fund will help increase the quality, quantity, and number of products in the market made by Myanmar SME’s. The advisory board of the fund will be led by CMHL CEO Daw Win Win Tint. Fund investments and operations will be led by Sandanila Investment’s Managing Partner, Daw Thiri Thant Mon, who will also serve as the Managing Director of City Invest Fund.  Sandanila Investments is a Myanmar focused business group, which acts as a partner and catalyst for international investment capital. Sandanila invests its own capital and that of its partners in long-term opportunities with the potential to create value through dividends and capital appreciation.

New World Financial Group, YSX, and the Securities and Exchange Commission of Myanmar to establish derivatives market in Myanmar

New World Financial Group (“NWF”) has announced it intends to establish a derivatives market in Myanmar. NWF has entered into a memorandum of understanding with Myanmar’s Finance Ministry, the Securities and Exchange Commission of Myanmar (“SECM”), the Yangon Stock Exchange (“YSX”) and international partners including Cambodia Derivatives Exchange (“CDX”) and Hong Kong-based First Asia Merchants Bullion Ltd (also known as “First Gold”) in respect to the establishment of the market.  According to Min Htike Aung, managing director of NWF, the market will create thousands of new jobs and play an active role in the nation’s sustained growth. He also stressed it is important for Myanmar to establish a derivatives market in in order to catch up with other ASEAN countries.  The Myanmar Government. YSX and SECM will need to introduce specific legislation to facilitate the establishment of the market.

China Railway Eryuan Engineering Group Co., Limited (“CREEC”) has presented proposals to develop a US$1.5-billion elevated railway project in Yangon. As part of the proposed project, CREEC will build the 37.9 kilometer-long elevated railroad with 24 stations over a two to three year period.  CREEC will part-fund the project in return for an exclusive 50-year licence to operate the rail service. CREEC plans to develop an alternative route instead of connecting with the city’s existing circular railway, a strategy opposed by some elected officials who highlight the difficulties presented by land seizures and argue the project should be based along existing transport routes. The Ministry of Transport and Communications is currently upgrading Yangon’s circular railway line in cooperation with the Japan International Cooperation Agency. The upgrade includes modernizing the line’s stations, tracks and trains. Management expects to finish the project in 2023. Some 73,000 commuters use the line daily. CREEC expects the rail line to serve some 400,000 commuters daily. It proposed two lines: one from Kyeemyindaing to Mingalardon and another from North Okkala’s Kyauk Yay Twinn to Yangon International Airport.

Yangon financial adviser Trust Venture Partners Co. Limited (“TVP”) has acquired the Myanmar Institute of Business (“MIB”), an education and training provider for professionals in financial services, for an undisclosed amount. Demand for qualified personnel in Myanmar’s financial sector has increased significantly over the past four years, since foreign banks were permitted to open offices in Myanmar in 2015 and the bond market was first launched in 2016. Demand is expected to continue rising, now that foreign banks and insurance providers are allowed to operate in the country. According to TVP CEO Mr. Shinsuke Goto, “Every company we talk to is struggling to find suitable executive personnel, especially for finance positions.” While top management is often recruited from abroad, expat compensation is generally too high for middle management positions. As such, finding the right candidates remains one of the biggest operative obstacles for many foreign companies. TVP’s acquisition of MIB will not only give it access to the best financial talent available, it will also enable the firm to nurture and build talent that can be deployed across the economy.

Southeast Asia’s technology company GrabTaxi Holdings Pte. Limited, (“Grab”) will expand its services in Myanmar by launching bus services in Yangon, as part of its 2019 plan to improve user experience. Grab operates in Myanmar through its subsidiary Grab (Myanmar) Limited (“Grab Myanmar”). According to a Grab announcement ‘GrabShuttle’ is among four new ride-hailing services Grab plans to introduce in 2019. The bus shuttle aims to facilitate connectivity to offices and universities. Grab is also launching options for booking a cab via a call centre or online portal with its “GrabCall” and “Grab Web Booking” services. It is also launching its service, “Rent”, that allows users to book a car with a dedicated driver. According to Alvin Loh, acting country manager of Grab Myanmar will continue to innovate and evolve its offerings to create a more efficient transport network and improve the experiences of our driver partners and passengers. As of 20 January 2019, Grab has facilitated 3 billion rides in six countries across Southeast Asia. as of across. Grab claims that it saw a 300 per cent increase in overall daily bookings and rides in Yangon in 2018 compared to 2017. It launched GrabShare and GrabThoneBane, its three-wheel bike service in Mandalay and Bagan, in 2018. In Myanmar, Grab competes with local brands GetRide, Oway Ride and Ok Taxi across the country.

This newsletter is for information purposes only. Its contents do not constitute legal advice and it should not be regarded as a substitute for detailed advice in individual cases.
Transmission of this information is not intended to create and receipt does not constitute a lawyer-client relationship between Charltons and the user or browser.
Charltons is not responsible for any third party content which can be accessed through the website.
If you do not wish to receive this newsletter please let u