Advans Myanmar and Yoma Bank enter into microfinance funding agreements worth US$1.4 million 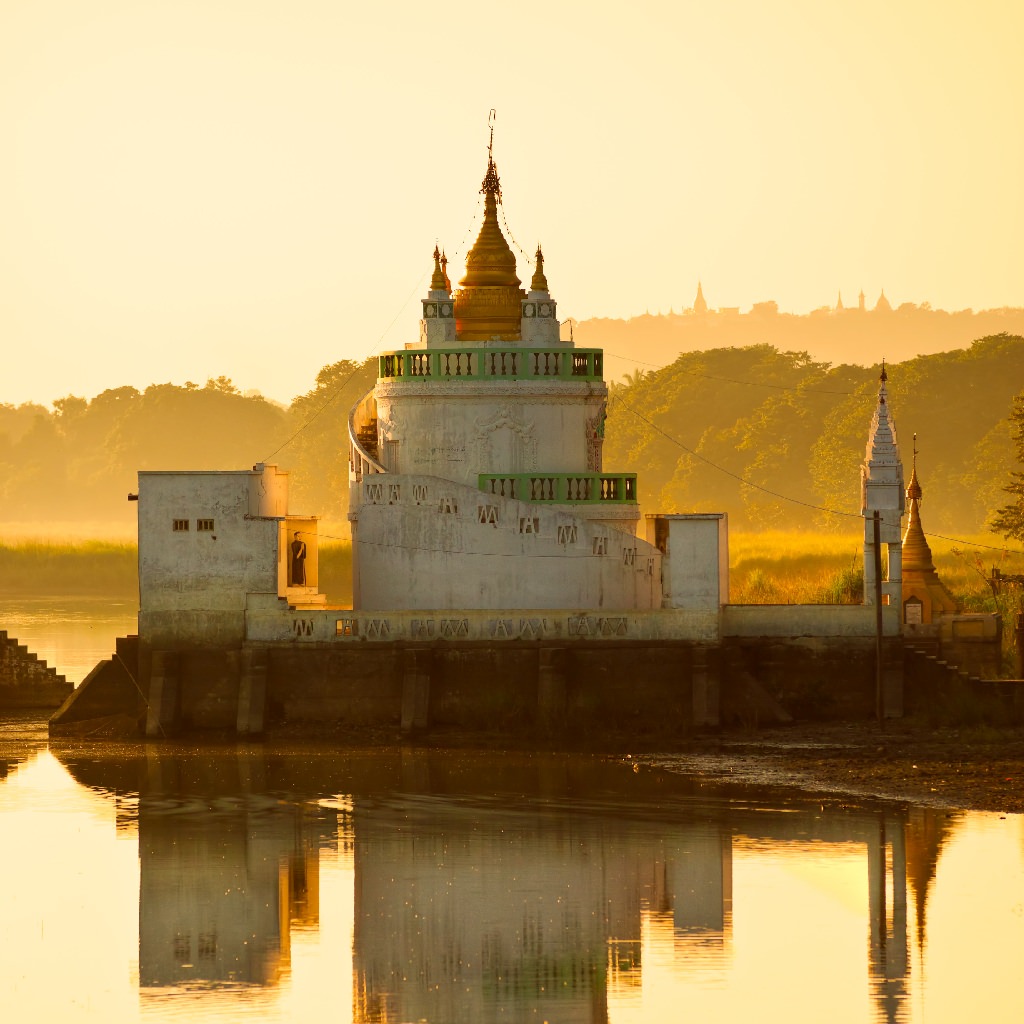 Advans MFI Myanmar Company Limited (“Advans Myanmar”) and Yoma Bank Limited (“Yoma Bank”) have entered into three agreements to support microfinance institutions (“MFIs”) in the Sagaing and Mandalay regions. Advans Myanmar, incorporated in 2015, was founded by the Luxembourg-headquartered Advans SA; the Norwegian Investment Fund for Developing Countries (“Norfund”) a private equity fund established by the Norwegian government, and Cambodian MFI Amret Company Limited (“Amret”). Advans SA is Advans Myanmar’s majority shareholder, holding 50% of the share capital, with Norfund holding 40% and Amret holding 10%. The agreements include a cross-currency swap worth US$700,000 and a back-to-back loan of Kyats 1 billion (or approximately US$740,000). The agreements will allow Advans to fully hedge exchange rate risk when borrowing from overseas, and provide them with local currency funding to develop their microfinance business in Myanmar. A representative of Yoma Bank estimated that micro-loans could be provided to more than 2,000 families in the Sagaing and Mandalay regions with these funds. (Source: https://www.mmtimes.com/news/advans-yoma-bank-sign-funding-agreements-worth-14m.html; 30 May 2018)

Trading on the Yangon Stock Exchange (“YSX”) has increased significantly since it increased its order matching frequency to four times per day in March 2018 in an effort to generate more interest and activity in the market. According to an YSX report, trading value on the YSX now averages around Kyats 57 million (US$42,347) a day, which is an increase of more than 40% compared to before the increase in matching times. In terms of volume, the average number of shares traded is now around 9,250 shares per day, which represents a rise of approximately 37%. The YSX expects three companies – engineering company Great Hor Kham Public Co. Limited, Myanmar Agro Exchange Public Limited and logistics company Ever Flow River Forwarding & General Services Co. Limited – to list within the next twelve months. In April 2018, the YSX, together with the Japan International Cooperation Agency established an independent task force to identify ways to increase the number of companies listed on the YSX, promote the benefits of listing on the exchange and to provide potential listing applicants with guidance on the listing process. Separately the Yangon Stock Exchange created the Listing Consulting Division to act as an intermediary between companies seeking to list and professional advisers. (Source: https://www.mmtimes.com/news/ysx-sees-spike-trading-volumes-upcoming-ipos.html; 28 May 2018)

Telecom provider the Viettel Group has announced it will officially launch its mobile phone network in Myanmar under the name ‘Mytel’ on 9 June 2018. In its first year of official operations, Mytel plans to invest in telecommunications infrastructure with more than 7,000 4G base transceiver stations and over 3,000km of fiber cable. Mytel will be the first and only mobile network in Myanmar to provide 4G services nationwide. Mytel is the brand name of Telecom International Myanmar – a joint venture between Viettel Global, a Viettel subsidiary, and its two local partners, Star High Public Company Limited and Myanmar National Telecom Holding Public Limited. Mytel has invested approximately US$1.5 billion in Myanmar to date, accounting for up to 66% of total Vietnamese-registered capital invested into Myanmar. Mytel is the fourth mobile phone network in Myanmar, along with State-owned MPT, which has a 42% share of the market, Telenor Myanmar Limited, a subsidiary of Norway’s Telenor Group Norway (35%); and Ooredoo Myanmar Limited (23%) a subsidiary of the Qatari Ooredoo Group. Since 2015, Myanmar has experienced a mobile phone SIM usage per capita growth from 10% to 90%.  The total number of subscribers has risen from 600,000 to over 16 million. (Source: http://vietnamnews.vn/economy/448759/viettel-to-launch-4g-service-in myanmar.html#kz2sewoQX3DocXax.99; 28 May 2018)

Singapore-listed Memories Group Limited (“Memories Group”), a tourism company based in Myanmar, has acquired the Kayah Resort a boutique property in Loikaw region, for consideration of US$2.9 million comprising of US$1.45 million in cash and the remainder to be met the through issuance of 7,781,280 new ordinary shares at an issue price of USS$0.185. The Memories Group entered into a share sales and purchase agreement with the Wa Minn Group of Companies Co Limited and its Chairman Kun Naung Myint Wai. Memories Group intends to upgrade and enhance the Kayah Resort’s facilities and reposition it as an upscale resort under its four-star ‘Keinnara’ brand. The purchase price is eleven times the resort’s average operating profit forecast from 2019 to 2021. The issue price of USS$0.185 per share represents a 28.2% premium over the weighted average price of Memories Group’s shares on the Singapore Stock Exchange (“SGX”). The Kayah Resort will the Memories Group’s second acquisition since its listing on the SGX exchange in January. The Memory Group was ‘spun-off’ by Yoma Strategic Holdings Limited, First Myanmar Investment and Exemplary Ventures and was listed on the SGX pursuant the reverse takeover of SHC Capital Asia Limited in January 2018. (Source: https://www.dealstreetasia.com/stories/sgx-listed-memories-group-acquires-kayah-resort-for-2-9m-98779/; 30 May 2018)

The World Wildlife Fund (“WWF”) has warned that a site-wide impact assessment and proper consultations are legally required to be carried out in respect to the Dawei Special Economic Zone (“Dawei SEZ”).  According to the WWF the implementation of the Japan supported Dawei SEZ would be “unlawful” in the absence of meaningful public participation. The master plan for Dawei SEZ, drafted by Japan International Cooperation Agency (“JICA”) in cooperation with the Dawei SEZ management committee (“DSMC”) is due to be released shortly. The Dawei SEZ will be developed in three phases – from now until 2030, 2030-40 and 2040-50. In Phase 1 the JICA will prioritise infrastructure and connectivity during, including roads, power supply projects and deep-sea port. The fact that the Dawei SEZ master plan does not provide for the carrying out of a site-wide environmental impact assessment (“EIA”) has drawn severe criticisms from academics, civil society organisations and communities, who argue the project should not be approved before an EIA is commissioned. (Source: https://www.mmtimes.com/news/jicas-dawei-sez-plan-under-fire-excluding-site-wide-assessment.html;

The Myanmar Petroleum Trade Association (“MPTA”) secretary Dr. Win Myint has urged the Myanmar Government to strictly enforce the recently enacted Myanmar Petroleum and Petroleum Products Law (“Petroleum Law”). According to Dr. Win Myint the widespread practice among petrol stations of selling a mixture of imported and local fuel was tarnishing the image of the sector and negatively affecting the businesses of stations who complied with the Petroleum Law.  The Petroleum Law was enacted 1 August 2017 and sets out a range of provisions in respect to the importation, exportation, transportation, storage, quality and the supply of petroleum products. Dr. Myint said retailers Myanmar’s Ministry of Energy instructed retailers to add a pigment to local petroleum products, so consumers could distinguish between petroleum local products and imported ones, but that this requirement is not enforced. Approximately 600,000 tonnes of automotive fuel are being imported monthly. In addition, it has been urged that foreign companies should be allowed to enter the market without restriction.  (Source: https://www.mmtimes.com/news/petroleum-trade-group-urges-govt-enforce-regulation.html; 30 May 2018)