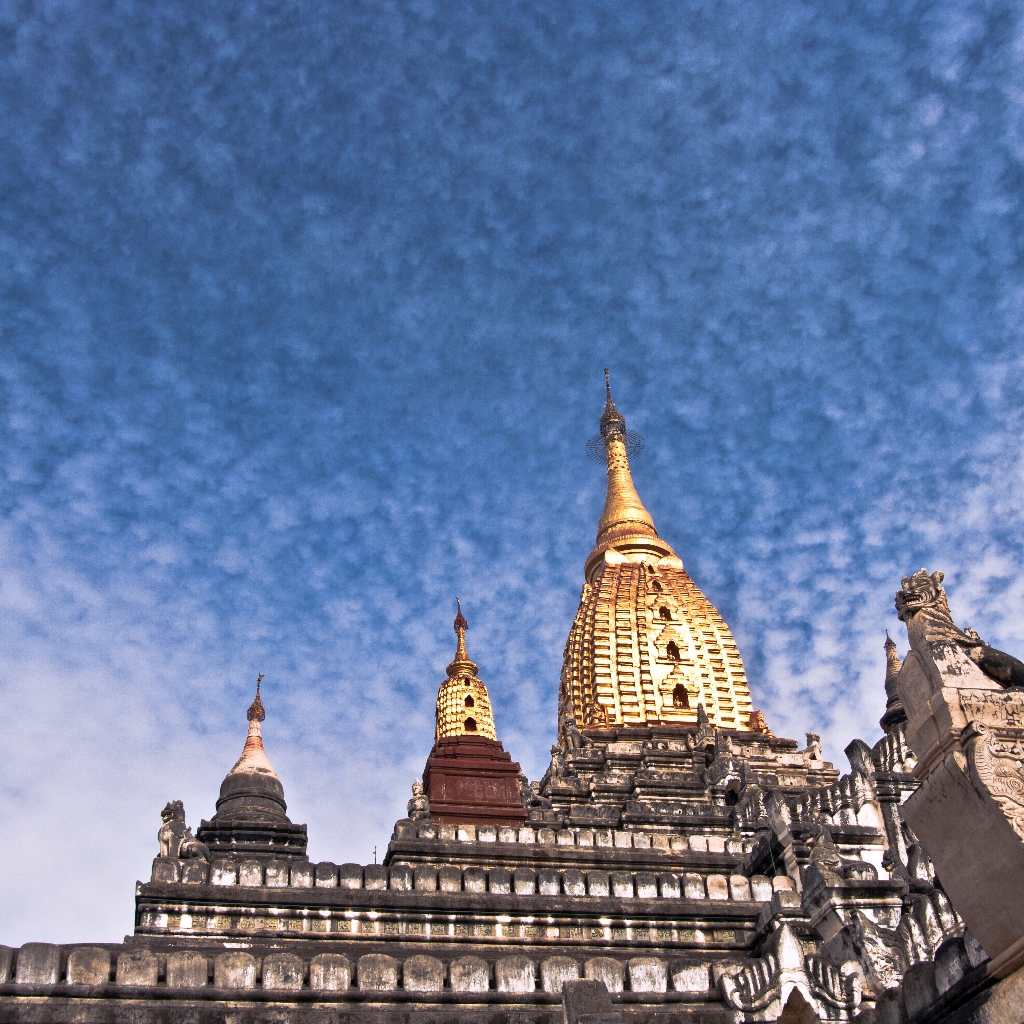 The Myanmar Government has belatedly issued rules implementing the 2015 Myanmar Mines Law (“2015 Mines Law”).[1]  The 2015 Mines Law introduced a number of progressive legislative amendments intended to encourage international participation in Myanmar’s mining sector.  It establishes the framework in respect to the respective roles and responsibilities of the Ministry, the fiscal regime, mine operation and penalties for non-compliance with Myanmar mineral law. It applies to the mining of all minerals, including precious and heavy metals as well as industrial minerals, but does not apply to the mining of gemstones which is governed by the Gemstone Law (1995). However, the absence of implementing regulations, it had a limited impact on mining in Myanmar.

Notification No. 13/2018 (“2018 Mine Rules”) repeals the 1996 Mines Rules (“1996 Mines Rules”) the implementing provisions for the old 1994 Mines Law and provide clarification in respect to the operation of the 2015 Mines Law. They further set out procedural and administrative measures to be applied by Myanmar’s Ministry of Natural Resources and Environmental Conservation (“Ministry”). They set out criteria relevant to permit applications, the duties of permit holders, as well as rules related to mine closure, safety, labour, accidents, inspection and environmental protection.

As of 30 April 2018, the Ministry had issued a total of 1,405 valid mining permits, of which 150 were for large-scale mines and 786 small-scale.  However, the Ministry has not issued any new mining permits in over two and half years. The Ministry adopted a temporary moratorium on the issue of permits to facilitate the drafting of the 2018 Mines Rules, which according to legislative timeframe, were scheduled to be completed by 24 March 2016 (being within 90 days of the enactment of the 2015 Mines Law).  This moratorium is now expected to be lifted.

The 2018 Mine Rules sets out provisions in respect to the application process for the following permits:-.

The 2018 Mines Rules stipulate the maximum area and minimum and maximum tenure for each category of mineral permit.

The 2018 Mine Rules provides that production permit holders will be permitted to conduct beneficiation and processing as well as mineral trading, without having to obtain any additional permits.[12]

According to the Myanmar Investment Law (2016) (“MIL”), implement by the, Myanmar Investment Rules (2017) (“MIR”), projects having a significant impact on the environment and the local communities, are required to obtain a permit from the MIC (“MIC Permit”).[18] If an investment is subject to the Law on the Rights of Protection of Ethnic Nationalities (2015), the MIC will consult with the relevant State or Regional Government or other stakeholders, when assessing an investment proposal and when attaching conditions to an MIC Permit.  The 2018 Mine Rules contain certain additional criteria which the MIC should be guided when assessing investment proposals, and which are intended to promote responsible and sustainable investment in the mining sector.

The MIC should consider if the investor has demonstrated a commitment to carry out the investment in a responsible and sustainable manner, including by limiting any potentially adverse environmental and social impacts; including environmental conservation actions, compliance with environmental conservation policies, human rights and application of effective technology for natural resources and waste management.[19]  The MIC should further consider whether the investment is compatible with Myanmar’s national development, security, economic, social and cultural policies.[20]

Under the MIL foreign investors can obtain a land use right of up to 70 years. The 2018 Mines Rules state that when considering whether to grant extended land rights, the MIC should consider if the project requires any significant alternation of topography or elevation of the land that may cause a material adverse effect on the environment.[21]  This provision is primarily for clarification purposes and unlikely to have any meaningful effect on mining companies, as the 70 year land use right available under the MIL, far exceeds the tenure of mineral permits and the production life of most mineral assets.

Pursuant to the MIR, the MIC should consider whether an investor, its shareholders, and shareholders of its holding company and ultimate parent company are of good character and business reputation[22]. The 2018 Mines Rules states that in considering whether this criterion is met, the MIC may consider an offence or other contravention of the law of the Union or in another jurisdiction, including any environmental, labour, tax, anti-bribery and corruption or human rights law.[23]

Pursuant to Rule 166 of the 2018 Mines Rules, the allocation of permits in respect to ‘known deposits’ will be decided by competitive tender.  Mining companies wishing to be participate in a the tender will be required to satisfy certain pre-conditions to be determined by the Ministry according to the mineral(s) to extracted, the size of the deposit, the anticipated costs of exploration and production, and mining technology.  This provision will go some way to help Myanmar comply with its obligations under The Extractive Industries Transparency Initiative (“EITI”).  The EITI sets out minimum standards in respect to transparency in the exploitation of natural resources internationally.

Under the 2018 Mines Rules, a transfer still requires the approval of the Ministry or Department. The transferee is required to submit draft copies of any agreement to be entered into with the transferor in respect to the permit, together with its memorandum and articles of association and DICA Forms VI and Form XXVI. It must also demonstrate it complies with the specific conditions of the licence.[25]

Under the 1994 Mines Law permit holders were required to pay annual dead rent from the date a mining permit was issued. Dead rents were high in comparison to other mining jurisdictions.  They were also fixed, and could not be varied to take into the account the cost, time or other challenges involved in the development of a particular mineral deposit.  Dead rents were a significant deterrent to international miners, especially to the participation of smaller and mid-size companies, which play a key role in asset’s development, pre-production and pre-revenue.   The 1994 Mines Law provide for state participation on a Production Sharing basis (“PSC”).  Under the PSC system the mining company was responsible for the payment of all project costs and required to surrender up to 30% of production to the State.

The 2015 Mines Law introduced alternative contract-based State participation (“Profit and Equity Sharing”). Profit and Equity Sharing allowed for the costs of mining, including dead rents and royalties, to be shared by the State and mining company. The 2018 Mines Rules reduces dead rents by over 65%, which is a significant incentive to smaller and medium sized mining companies.

Section 6 of the 2015 Mines Law provides for the decentralisation of the application process in respect of local involvement in prospecting, exploration, production of feasibility studies, processing and trading and subsistence and small-scale production. State and/or regional authorities are authorised to process permit applications and issue other approvals to subsistence/small-scale operators. The 1994 Mines Law restricted mining management at a local and regional level. Rules 78 and 79 of the 2018 Mines Rule provides for the decentralisation of the permit application process, to divisional or state authorities. Regional and/or local authorities will decide whether a mining project is damaging the environment or if the mining company fails to conduct corporate social responsibility activities as promised.

Decentralisation initiatives often form part of a broader policy of ‘fomalisation’. ‘Fomalisation’ is pursued by Governments seeking to improve the regulation and management of subsistence and small-scale mining in an attempt to make it a more profitable and economically beneficial sub-sector of an economy. Advocates of mining decentralisation argue that regional rather than central Government should be responsible for ensuring compliance with mining legislation, overseeing the demarcation of mining rights, revenue collection, the processing of mining rights applications, monitoring production, providing technical support to miners and combatting illegal mining.  The distribution of mining revenues is often a contentious issue between regional and central authorities.   Decentralisation as part of a broader policy of ‘formalisation’ could help the Myanmar Government’s peace building efforts.

The Asian Development Bank (“ADB”) has invited comments on the draft guidelines (“Mining EIA Guidelines”) prepared by the ADB and the Myanmar Mining EIA Guidelines Working Group (“MCRB”) and which is intended to guide those undertaking Environmental Impact Assessments (“EIA”), Initial Environment Examinations (“IEE”) and Environmental Management Plans (“EMP”). The consultation process (“Consultation”) is being supported by the Ministry of Natural Resources and Environmental Conservation (“MONREC”). The Mining EIA Guidelines are the MRCB’s follow-up on Mining Sector Wide Impact Assessment (“SWIA”), which it developed in cooperation with the Danish Institute of Human Rights (“DIHR”).  The SWIA identified environmental and social safeguards and an effective EIA system as fundamental to ensuring better mining practices in Myanmar and is intended to encourage a switch to responsible mining in the country. This SWIA focused on limestone, gold and tin mining in Myanmar and the impacts the mining of these commodities has on the environment, local communities and workers, examining both the formal and informal mining sectors.

The Consultation was launched on 25 May at a meeting in Yangon attended by over 100 participants from the mining sector, including mining companies, EIA consultants, and MONREC officials, and representatives of the Ministry of Health and Sport and Ministry of Home Affairs. The Chairs of the Myanmar Federation of Mining Associations (“MFMA”) and Myanmar Impact Assessment Association were both present and contributed to the discussions. Development partners active in the mining sector were also present. U Kyaw Hsan, managing director of the Mining Enterprise-1 gave the opening speech on behalf of the Ministry and stressed MONREC’s commitment to seeing a more responsible and sustainable mining sector. The Director of the Environmental Conservation Department[26] (“ECD”) highlighted that among 2752 EIA/IEE/EMP documents submitted to the ECD to date, 77% relate to mining. The majority 1,790 were mining EMP the majority of which were submitted in 2016-2017. 48% of the EIA/IEE/EMP mining documents were in respect to gemstone and jade resources, with around 20% each coming from operations under No(1) Mining Enterprise (“ME-1”) and No(2) Mining Enterprise (“ME-2”). The ECD Director also noted that the Ministry was very conscious that there remained many weaknesses in the EIA system, including capacity, and highlighted the steps it planned to take to remedy this, including establishment of guidelines intended to improve the quality of reports submitted to it, support from international agencies and the delegation of some review responsibilities to regional teams.

Ministry of Mine Myanmar