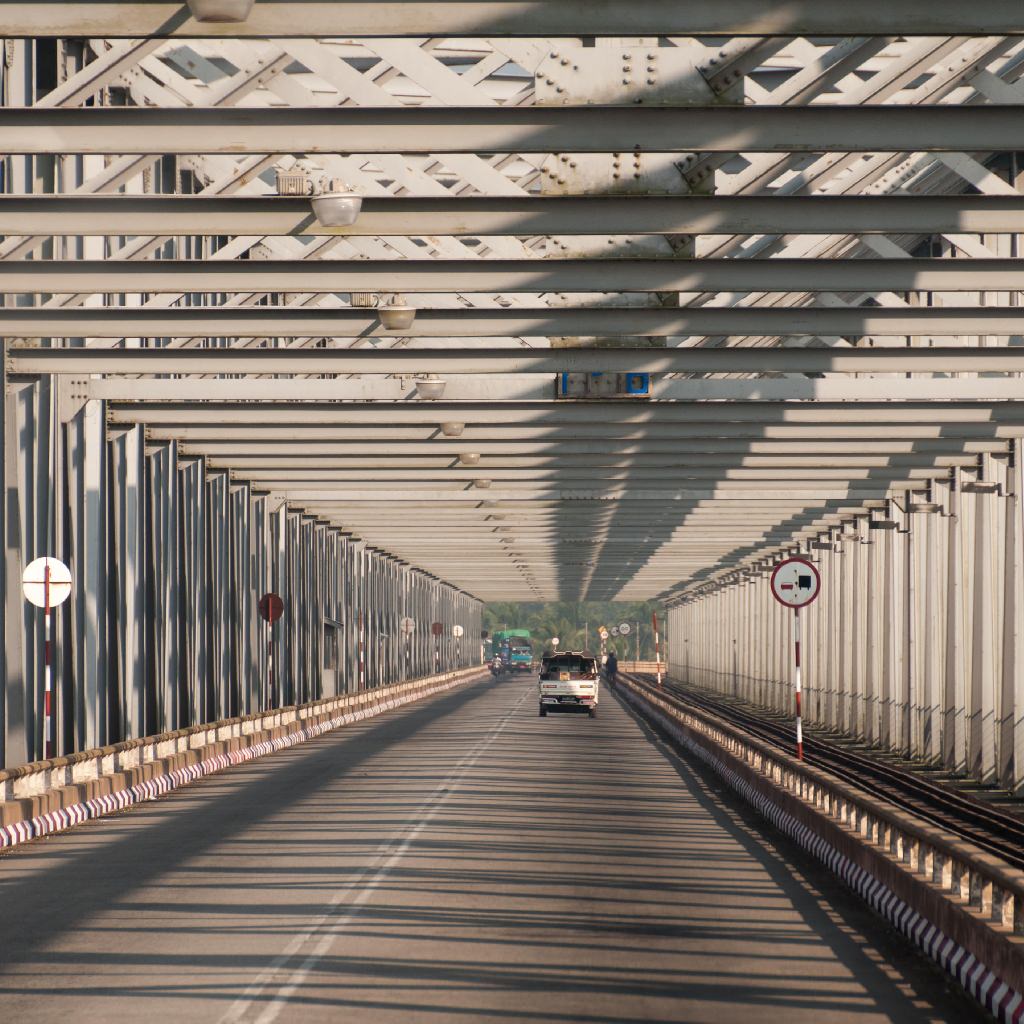 The Myanmar Investment Commission (“MIC”) has approved an investment proposal received from the Singapore-based Shwe Daehan Motors Company Limited (“Shwe Daehan Motors”) in respect to the development of an auto manufacturing facility in the Thardukan Industrial Zone in Shwepyithar Township, Mandalay. According to the MIC Shwe Daehan Motors will invest US$9 million to develop the facility which will manufacture cars and motor bikes on behalf of an undisclosed Korean motor brand.  According to the Directorate of Investment and Company Administration (“DICA”) Myanmar’s automobile manufacturing industry received US$630.263 million in foreign direct investment over the past 20 years. According to the DICA six foreign owned companies invested in the Myanmar’s auto-industry in the year ended 31 March 2018, with Malaysia’s Tan Chong Motor (Myanmar) Co., Limited making the largest investment of US$559 million. (Source: https://www.mmbiztoday.com/articles/mic-approves-auto-manufacturing-plant-worth-9-million; 12 June 2018)

Japanese chemical producer Toyo Ink Group SC Holdings Co Limited (“Toyo Ink”) has announced it plans to develop a new production facility in Yangon’s Thilawa Special Economic Zone   (“Thilawa SEZ”). Toyo Ink will invest US$6.5 million to develop the facility on 12,000 square meters in Zone B of the Thilawa SEZ. Construction on the facility is expected to commence prior to the end of November 2018.  According to Toyo Ink, the facility will provide “ample room for expansion for the foreseeable future”.  The new Myanmar facility will initially produce liquid inks for packaging, adhesives for films and offset inks for the commercial printing market.  Toyo Ink Group produces specialist chemical-based materials and polymers, which are used as to produce printing inks, panel displays, electronics, food packaging and medical adhesives.  The new Myanmar facility is expected to be in operation by the end of November 2019. (Source: https://www.mmtimes.com/news/japans-toyo-ink-group-makes-65m-investment-myanmar.html; 14 June 2018)

China has proposed the development of a number of infrastructure projects along the China-Myanmar economic corridor. The projects are expected to meet basic infrastructure needs in Myanmar as well as enhance China’s strategic footprint within the country. On 4 June 2018, a Chinese delegation led by Yang Haodong, Party Secretary of the Lincang Municipal Committee, presented the proposal to officials from the Directorate of Investment and Company Administration (“DICA”) and Union of Myanmar Federation of Chambers of Commerce and Industry (“UMFCCI”). The list of projects includes construction of Kwanlon Bridge and a highway and railroad connecting Chinshwehaw and Lashio in Shan State. The Chinese also proposed approving Chinshwehaw as an international border gate and construction of a Special Economic Zone (“SEZ”) in the town as part of efforts to boost trade and tourism between China and Myanmar. Cross border agriculture cooperation between the two countries was also discussed. The China-Myanmar economic corridor was established in 2017 as part of a wider push to enhance cooperation between the two countries. The economic corridor, which the Myanmar Government says takes into account Myanmar’s national development plan and its actual needs, starts in China’s Yunnan Province and extends into Mandalay, Yangon and Rakhine, where the Chinese are also discussing the construction of a port and SEZ in Kyaukphyu. The authorities of both countries hope this will connect all the large China-backed projects along the route and boost development in Myanmar. The proposal is also a further development of China-Myanmar cooperation under the Belt and Road Initiative. (Source: https://www.mmtimes.com/news/china-proposals-new-infrastructure-projects-myanmar.html; 12 June 2018)

Perilya Limited (“Perilya”) has received notice from Australia’s Foreign Investment Review Board (“FIRB”), confirming it has no objection to the issuance of shares in the ASX-listed Myanmar Metals Limited (“Myanmar Metals”) to Perilya, as part of its recently-announced partnership agreement in respect to the development of the tier 1 Bawdwin polymetallic deposit in Myanmar. Under the partnership agreement Perilya will acquire 19.99% of the issued share capital of Myanmar Metals for AUS$15m, representing approximately 249.4 million ordinary Myanmar shares at a price of AUS$ 0.06 per share. Pursuant to the partnership agreement Perilya will provides technical support and assistance with procurement, processing and metals marketing. Perilya is expected to appoint its CEO and Managing Director Paul Arndt to the Board of Myanmar Metals, following the placement of the new shares. Myanmar Metals has granted Perilya a first right, but not the obligation, to be a partner on an arm’s length commercial basis in any new Myanmar transaction should Myanmar Metals seek an offshore partner.  Perilya has provided Myanmar Metals with a non-binding letter of support for up to US$150.0 million for future construction of Bawdwin. In June 2018, Myanmar Metals announced a successful capital raising of AUS$35m at AUS$ 0.06 per share to sophisticated and professional investors that was heavily over-subscribed with significant demand from domestic and international institutions and existing key shareholders. Completion of the raising and distribution of the allotted shares will leave Myanmar Metals with a 51% controlling interest in the Bawdwin project, with the remaining 49% ownership split equally with the concession holder Win Myint Mo and the company’s in-country development partner East Asia Power Limited. The funds raised will be directed towards accelerating exploration and development activities at the project ahead of a feasibility study targeted for the first quarter of 2019.  A scoping study for the project is close to completion and will give the broader market an idea of just what Myanmar has managed to achieve with Bawdwin only 13 months after the company first invested in the project. Myanmar Metals recently updated its resource estimate for the world-class Bawdwin polymetallic mine, which now totals 82 million tonnes grade 4.7% lead, 2.4% zinc, 0.2% copper and 119 grams per tonne silver. Notably, there is still considerable scope for expanding the mineral resources at the project, with the company saying that a higher-grade copper rich resource recently identified had not yet been specifically targeted by drilling. (Source: https://thewest.com.au/business/public-companies/firb-approval-for-15m-investment-in-myanmar-ng-b88866955z; 14 June 2018)

On 19 June 2018 Myanmar’s Ministry of Planning and Finance released notification (47/2018) (the “Notification”) on withholding tax, which replaces notification (51/2017) released 22 May 2017. Effective 1 July , the Notification removes the existing 2% withholding tax on residents for payments involving cooperative business with the government, partnerships, joint ventures, companies, registered associations or organisations, cooperative societies, foreign companies, foreign enterprises involved in the purchase of goods and for work performed or services rendered within the country under a contract. Local small and medium enterprises and companies will also be exempt from paying the 2% withholding tax.  Payments by state organisations and enterprises for the purchase of goods and supply of services within the country under a contract will still be subject to a 2% withholding tax.  Non-residents will continue to pay withholding taxes at 2.5%. Residents will be exempt from paying withholding taxes on interest on loans, while non-residents are still required to pay 15%. Residents must also pay a 10% withholding tax on royalties for the use of licenses, trademarks and patents, while non-residents are still required to pay 15%. (Source: https://www.mmtimes.com/news/government-removes-2-pc-withholding-tax-domestic-payments.html; 20 June 2018)

Yoma Strategic Holdings Limited (“Yoma Strategic”) and Pernod Ricard have announced they intend to form a Myanmar joint venture company which will focus on the production and distribution of whisky in Myanmar. Pernod Ricard will install an internationally experienced management team and become the largest shareholder in the new company. The remaining equity will be split between Yoma Strategic, private equity firm Delta Capital Myanmar and U Htun Win and U Zaw Win (“Win Brothers“), both experienced professionals in Myanmar’s alcoholic beverages sector. The agreement will see Pernod Ricard take the lead in management of the production facilities, extensive distribution network and brand portfolio of Access Myanmar Distribution Company Limited., the current joint venture between Yoma Strategic, the Win Brothers and Delta Capital Myanmar. This includes access to more than 40,000 points of sale, 43 major wholesalers in key demand centres, approximately 230 delivery vehicles and around 250 staff dedicated to sales and marketing as well as the ‘High Class Whisky’ brand. The closing of the transaction is subject to completion of the restructuring of the ‘High Class’ business among other standard conditions. (Source: https://www.mmtimes.com/news/yoma-strategic-and-pernod-ricard-announce-joint-venture-target-leadership-myanmars-whisky.html; 25 May 2018)