COVID-19 and Labour-intensive Industry in Myanmar 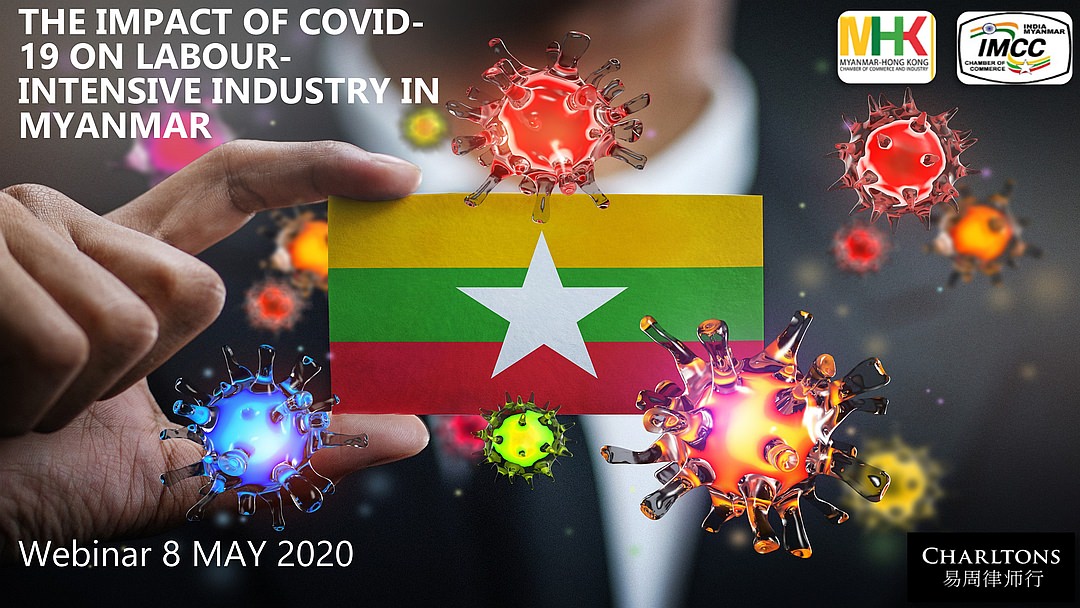 Myanmar has seen COVID-19 impact its people and economy in a number of ways. The impact has been direct in terms of actions taken in Myanmar and indirect as a consequence of conduct around the world.

A number of garment factories in Myanmar are shutting down or limiting their operations due to a shortage of raw materials, a consequence of the closure of factories in Mainland China and cancelled and reduced orders from Europe and elsewhere. Meanwhile, news emerged on 8 May that 622 SME factories and workplaces reopened in the Mandalay area.

The situation is therefore a mixed picture. Transport links within Myanmar such as buses are severely curtailed inhibiting and restricting internal commerce and the movement of people and travel for foreigners into Myanmar has been suspended as of late March and temporary entry restrictions have been extended to the 15 May and perhaps beyond.

Meanwhile, supply chain disruptions and other developments are factoring into the decision-making process of investors looking at Myanmar, which is compounded by the fact that 26 percent of Foreign Direct Investment (FDI) in Myanmar comes from China. With Singapore, Thailand and Hong Kong also significant investors in Myanmar, and these countries similarly feeling the strain of COVID-19, the impact on Myanmar’s economy is significant.[1]

As for projects under China’s Belt and Road Initiative (BRI), it is likely that the four major Myanmar projects, for example the Muse Cross Border Trade Zone and the China-Myanmar Economic Corridor could be delayed or suspended depending on China’s economic situation, with both the Chinese and Myanmar Governments focusing on tackling the pandemic and the social and economic impacts.[2]

There are however a few green shoots in China with businesses starting up and IPOs kicking off again. So China maybe will, to some extent, lead the way out of the current situation.

Considering the impact COVID-19 is having on Myanmar, the following considers the impact on labour-intensive industries in particular, measures taken by the Myanmar Government to support businesses and the economic outlook going forward.

COVID-19 and Labour-intensive Industry in Myanmar

Measures to Support Businesses in Myanmar