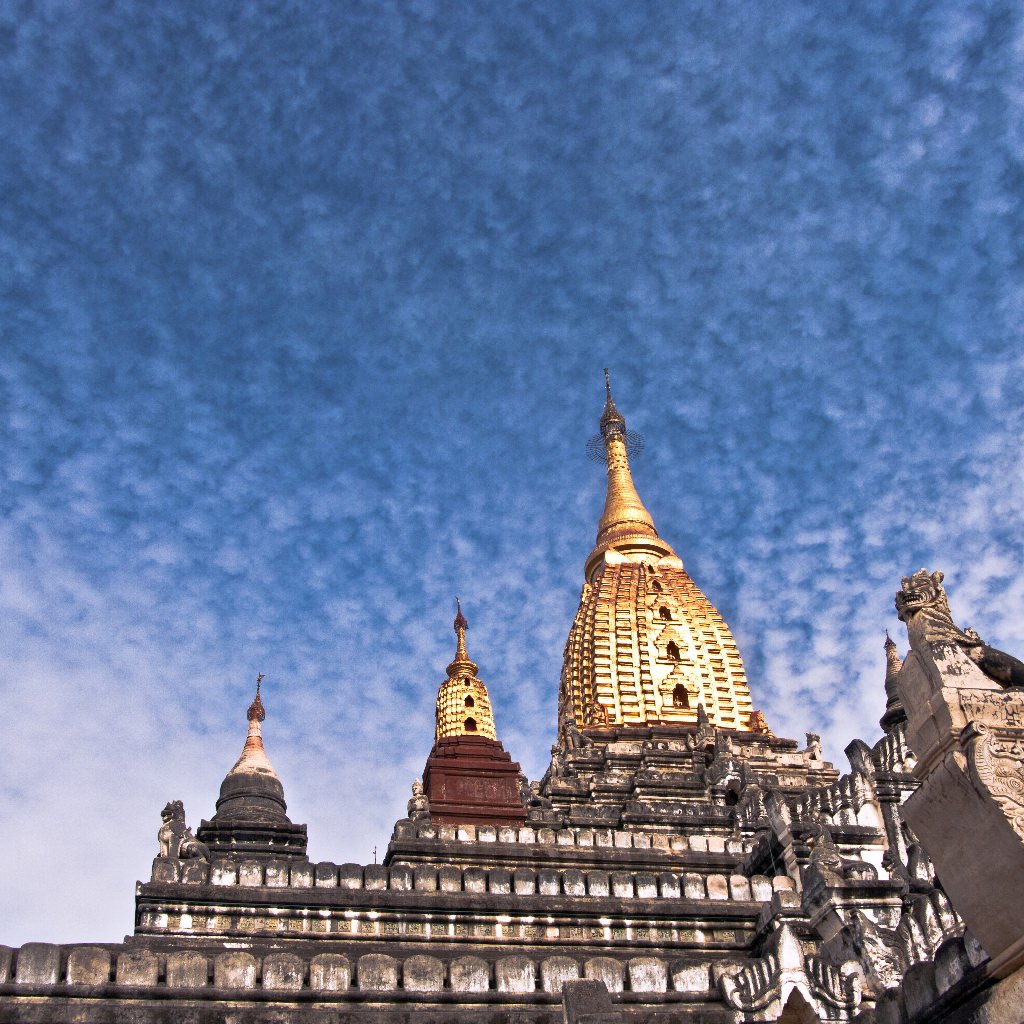 Background To The Commission

Since August 2012 the Project has been the focus of angry protests by villagers, farmers and monks who allege the project has resulted in land-grabs and damaged the environment.

In response to these on-going protests an extraordinary motion was presented in the Pyithu Hluttaw on 23 November 2012.  The motion was sponsored by the National League for Democracy (NDL) representative for Pale in the Sagaing Region where the Project is located. The motion called for the formation of “an independent, national-level commission composed of individuals and organisations trusted by the public and local and foreign experts and organisations” to investigate and make recommendations in relation to the Project as well as nearby mines at Sabetaung and Kyisintaung.

The protests at the mine site came to a head at 2:30am on the morning of 29 November 2012 when police entered the protesters’ camp in an attempt to disperse them.  The police fired smoke-bombs containing white phosphorous (a substance prohibited for use against civilians under the Geneva Treaty of 1980). Many of the smoke canisters used broke-up on impact with the ground causing fires which resulted in injuries and extensive burns to many of the protestors, the majority of whom were monks who had joined villagers in resistance to the Project.

An investigation commission consisting of 30 members and chaired by NDL leader Daw Aung San Suu Kyi was formed pursuant to President’s Office Notification No. 92/2012****on 1 December 2012. It was then reconstituted pursuant to President’s Office Notification No. 95/2012****(NotificationNo (95/2012) issued on 3 December.  The reconstituted Commission was reduced to 16 members with Daw Aung San Suu Kyi continuing as Chairperson.  The Commission’s Report was published in Burmese on 12 March 2013.

Background To The Project

The Project was established as a joint venture (JV) between the Union of Myanmar Economic Holdings Company (UMEHL) and Wanbao Mining (Wanbao), a Chinese company and a subsidiary of China’s state-owned arms firm the China North Industries Corporation.   UMEHL is the largest state-owned enterprise controlled by the Burmese military. It was established as a public company on 27 April 1990 by the Ministry of Defence under the Special Companies Act and is exempted from normal commercial taxes.1

The Project commenced in 2010.  Under the terms of the 30-year JV Wanbao are required to invest almost US$1 billion in the Project.  Under the JV agreement the Myanmar government is to receive 16.8% of available profits, UMEHL 13.8% and Wanbao 13.3%, with the remaining profit being allocated to cover the costs of production.

The Letpadaung deposit was originally one of four deposits which formed the Monywa Copper Project a JV between Ivanhoe Myanmar Holdings Ltd., a wholly-owned subsidiary of Toronto listed Turquoise Hill Resources (formerly Ivanhoe Mining (IVN) and Mining Enterprise No. 1 (ME1), an entity wholly-owned by the Government of Myanmar. From 1984 to 1992 the deposit was controlled by Yugoslavia’s Bor Copper. Based on exploration conducted up to 2006, the measured and indicated resources at Letpadaung were 1.069 billion tonnes grading 0.40% copper, using a cut-off grade of 0.10%. In addition, the deposit contains inferred resources of 409 million tonnes grading 0.31% copper, using the same cut-off grade. The resources are based on the resource classification criteria of the Australasian code for reporting of mineral resources and ore reserves (JORC guidelines) making it the largest deposit in Southeast Asia.2 In 2007, IVN divested all of its interests in Myanmar to an independent, third-party trust (Monywa Trust) in exchange for an unsecured promissory note. The Monywa Trust working in cooperation with the government eventually negotiated the sale of its interest in the deposit to Wanbao Mining.

According to the Chinese ambassador to Myanmar Mr. Li Junhua, Wanbao paid approximately US$5 million as compensation to locals in relation to more than 6000 acres of confiscated land necessary for the Project’s expansion and built more than 200 replacement homes, as well as a school, monastery and hospital for displaced locals.

Presidential Notification No (92/2012)3 decreed that the “control of protests and injuries to members of the Sangha” (Community of monks) would be part of the investigation’s scope.  However the scope of the investigation was narrowed pursuant to the subsequently issued Notification No. 95/2012.  The altered scope focused on the “true situation” of the project, including whether it adhered to international standards, assessing its social and environmental impact and whether the project is beneficial to the people and the state as a whole. The Commission was also invited to submit suggestions on national development and the rule of law in relation to the Project.

The Commission met for the first time on 4 December 2012. From the 5 to the  15 December 2012 the Commission visited the Letpadaung area to examine the mine and protest site and to conduct interviews with mine officials, villagers and members of the Sangha.

During the investigation, the Commission were assisted by both a Burmese and a visiting Australian doctor who examined four local children who were alleged to be suffering from medical conditions linked to smoke inhalation. It was found that the different conditions with which the children were afflicted were not caused by the smoke bombs fired by the police on 29 November.  Samples of sulphur dioxide (SO2) and discarded SO2 canisters were examined. Commission members visited Yangon General Hospital to speak with monks who had suffered burns during the crackdown.

In respect of their investigation into the environmental protection standards in place at the Project, Commission members examined soil samples taken from within the Project area and also from a number of neighboring pits.  In an attempt to evaluate the extent of seeping Commission members examined soil samples taken from local villages as well as from soil discarded from the Project site from 1984 – 1997. Commission members also viewed various environmental permits and certificates awarded to the Project and JV partners and held meeting with JV directors and employees. The commission also met with representatives of the Myanmar Environmental Institute and were presented with data in relation to fauna, air pollution, water quality, sediment samples, existing baseline air quality, project development and environmental management.

In respect of their investigation into the measures adopted by the police to disperse the Letpadaung protesters the Commission met with the Police Chief of Staff and Police Colonel responsible for the Sagaing Region as well as with senior representatives of the Myanmar Police Force. The Police explained that the decision to clear the protest site at 2:30am was made to minimize the potential for injuries. They also stated that the type of smoke bomb used had been used previously to counteract protests in 2007 and that on that occasion they had not been the cause of fires and related injuries. The Police further agreed to compensate protesters for the loss of personal belongings damaged or destroyed in the fires and to return confiscated personal effects.

Findings Of The Commission

Among its findings the Commission held that Wanbao had improperly compensated local farmers, the appropriation compensation process lacked transparency and that increased payments should be made5.

Notably the Report referred to the Government’s stated policy of attempting to attract foreign investment and stated that a decision to close the mine could be problematic with regard to the country’s international relations.8

The Commission acknowledged that 108 people including 99 monks had been injured in the incident and 55 smoke bombs containing phosphorus had been used in the police raid. The report found that the smoke bombs, although not deployed as incendiaries can react with flammable materials or cause fires when used in high numbers.9 The Report recommended that authorities receive training on riot-control techniques and faulted the police for not understanding how to properly deploy the smoke bombs. The Report also recommended that religious buildings should be moved intact from the mine site.10

Reaction To The Report

The Chinese Foreign Ministry and the Chinese embassy in Yangon issued statements welcoming the Commission’s findings.  In a press release Wanbao said it “will continue contributing to the sustainable development of our local community and of Myanmar as a whole”.

Commission Chairman Daw Aung San Suu Kyi urged protesters to accept the finding contained in the Report. She told protesters, “If we stop this project, it will not benefit local people or the country”.  She also stated that “The other country [China] might think that our country cannot be trusted on the economy. We have to get along with the neighbouring country whether we like it or not.”11The later remark, which echoes sentiments expressed in the Report, has attracted criticism for ostensibly prioritising stable Sino-Burmese economic relations over the demands of the local community.

The Report has been heavily criticised by local community and protest groups. Villagers living near the mine site confronted and heckled the Commission Chairman when she travelled to the area on March 13-14 2013.  Media reports in Myanmar have quoted local villages as saying they do not want any further compensation and instead want the return of their confiscated land.12

A representative of the Upper Burma Lawyers Network questioned the Commission’s independence and the reliability of its members. Thaung Htike of the People’s Support Service, an activist group opposed to the Project said “the commission findings are against the local people’s will. That’s why we are staging our protest [during a visit of the Commission Chairman]”13  The U.S. government was critical of the Report’s finding that the authorities had used phosphorus to disperse protesters. U.S. State Department spokesperson Victoria Nuland said “We have opposed the use of phosphorus as a crowd control agent (and) urged the government to ensure that its security forces exercise maximum restraint, respect due process under the law, and protect the right of freedom of assembly in accordance with international standards”.  She added that “this phosphorus can be quite damaging to humans. There are other crowd control elements that are better suited”.14

A separate report [archived copy] on the incidents at Letpadaung has been jointly produced by the  Lawyer’s Network, an independent association of Myanmar’s leading lawyers, and U.S. based non-governmental organisation the Justice Trust. The report, released on 14 February 2013, largely focuses on the human rights aspects of the events in the region. The investigation found that local government authorities, acting on behalf of the JV companies, used fraudulent means to coerce villagers to sign contracts against their will. The investigation also found that police rejected every application by civil society and community members, including local villagers and monks, for permission to hold peaceful assemblies to voice opposition to the copper mine operation, in violations of the 2008 Constitution article 354 (right of peaceful assembly), article 198 (supremacy of the Constitution), and article 381 (limitation of fundamental rights only in the event of foreign intervention, civil war, or state of emergency). The investigation also found that local police deployed at the Wanbao company compound used excessive unlawful force, causing severe injury to more than 100 peaceful protesters.15