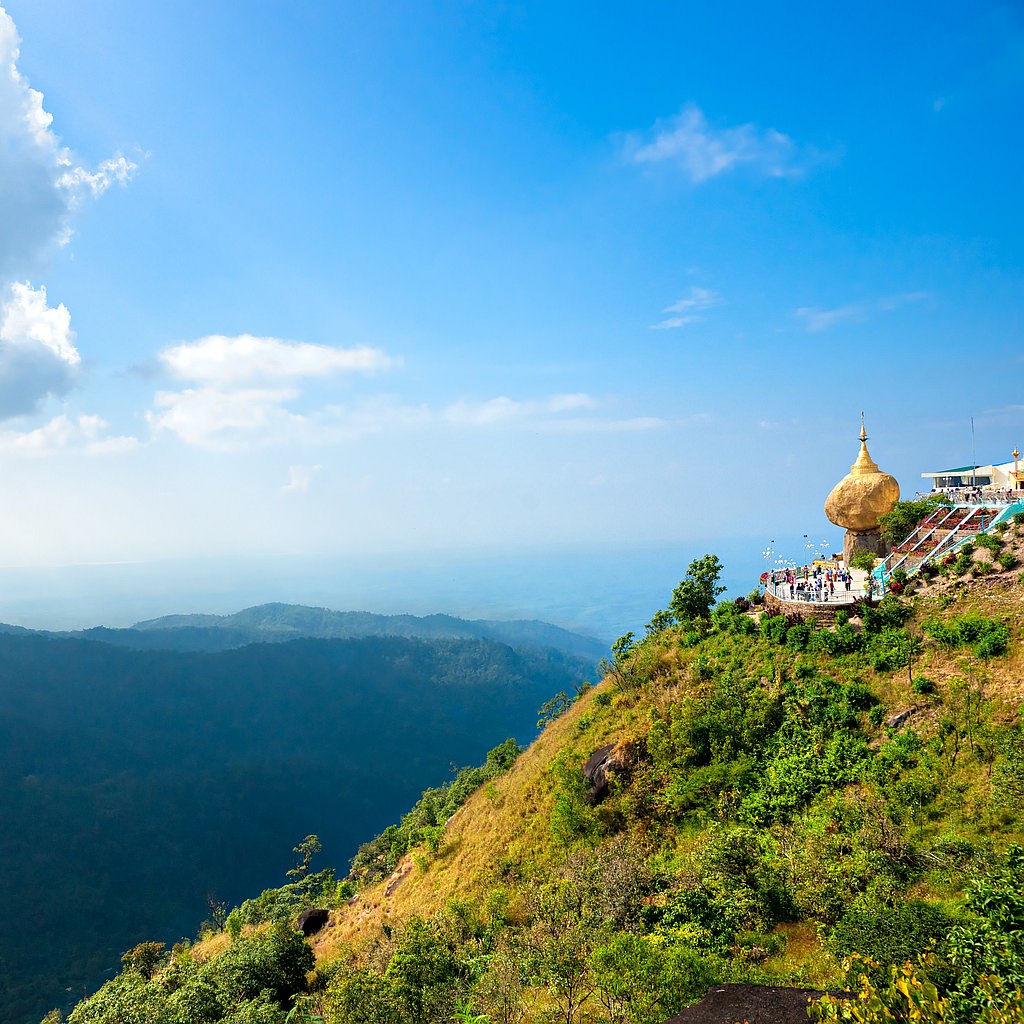 Myanmar’s Apex Bank Limited (“MAB”) has announced it will provide uncollateralized loans to Myanmar’s small and medium sized businesses (“SMEs”). The lending programme is being implemented in cooperation with German state-owned development bank KfW (formerly KfW Bankengruppe). Loan amounts will be based solely on companies’ income and expenditure and have an interest rate of 8.5%. The requirements in respect to guarantees will also be less onerous. According to Mr. Frank Mueller of German international consulting company International Project Consult, MAB will offer four types of loans based on an applicant’s working capital and fixed investment. Loans can be for a term of one year for up to 25% of a borrower’s working capital or for up to five years for up to 75% of a borrower’s fixed investment. SMEs can apply for a maximum of Kyats 100 million (or approximately US$64,500). MAB also intends to offer larger loans of up to Kyats 500 million (approximately US$322,000) at 13% interest for one year for working capital or three years for fixed investment loans. MAB has already issued loans totaling Kyats 50 billion (or approximately US$32.2 million) to SMEs.

Cashless service provider Revenue Group Bhd. (“Revenue Group”) expects to establish operations in Myanmar in the first quarter of 2019. The Revenue Group is currently awaiting Myanmar Government approval before it proceeds to enter into a joint venture with a local partner. The Revenue Group, which is listed on Bursa Malaysia’s ACE Market, has partnered with various banks, including Public Bank Berhad (“Public Bank”) and Hong Leong Bank Berhad (“Hong Leong”) in respect to the provision of cashless payment solutions such as credit cards, debit cards, and ‘e-wallets’.  According to Revenue Group’s Chief Executive Officer, Mr. Eddie Ng Chee Siong, Revenue Group have sold 5,000 ‘Electronic Data Capture(s) Systems’ (used in point of sale transactions) to Hong Leong.  Ng said the Revenue Group was optimistic about finalising a deal with Hong Leong by the end of 2018 comparable to an agreement it has previously concluded with Public Bank. In the year ending 31 March 2018, the Revenue Group’s net profit increased to approximately US$1.7 million, from approximately US$1.6 million in the year ending 31 March 2017.

Forex losses result in an increase in Myanmar’s foreign debt

According to the November report of the Joint Public Accounts Joint Committee’s, Myanmar’s foreign debt has increased significantly over the past twelve months as a result of a stronger U.S dollar. As at 31 March 2018, Myanmar’s total outstanding foreign debt was US$10.2 billion, of which US$819 million can be attributed to changes in the US$ – Kyat exchange rate.  According to U Than Soe a Pyithu Hluttaw representative and member of the Joint Public Accounts Committee the reason for the increase is that loans were made to Myanmar when the US$ – Kyat exchange rate was Kyats 900 per dollar. However, the exchange rate has since risen by 66% to Kyats 1500 per dollar. Myanmar’s has borrowed from a total of twenty-one different countries. The borrowed funds have been allocated to sixteen ministries, of which the Ministry of Electricity and Energy accounts for more than 30% followed by the Ministry of Planning and Finance at approximately 24%. Myanmar’s external debt is rising at a time when the Government has been making efforts to better manage Myanmar’s domestic debt. As at 31 March 2018, Myanmar’s domestic debt amounted to Kyats 20.7 trillion, resulting in a budget deficit approaching 5% of GDP, a benchmark the Government aims not to exceed. Interest accumulated on domestic debt exceeded Kyats 1 billion in the twelve months ending 31 March 2018, more than double the interest which accrued in 2011. According to Myanmar’s Ministry of Planning and Finance, the Government will borrow approximately Kyats 640 billion from the Central Bank of Myanmar (“CBM”) to finance the fiscal deficit for the six-month interim period between 1 April and 30 September 2018. The loan represents approximately 20% of the Government’s total permitted borrowings from the CBM. The Government has committed to eliminating its reliance on CBM borrowing to finance the fiscal deficit by 2020. To reduce its reliance on borrowing to finance public spending, the Government is now working on deepening Myanmar’s domestic bond market. Currently, the CBM issues treasury bonds at interest rates of 9.18% for 2-year bonds and 9.69% for 3-year bonds. It also issues short term treasury bills at interest rates of 8.16% for 3-month bills, 8.53% for 6-month bills and 8.63% for 12-month bills. At present local banks buy more than 99% of Myanmar Government bonds, while foreign banks buy less than 1%. To deepen the bond market, the Government will need to make Myanmar Government bonds more widely available to foreign institutional investors such as pension funds and insurance companies. According to U Maung Maung Win, Deputy Minister for Ministry of Planning and Finance, of current Government debt approximately Kyats 4 billion, is attributable to treasury bonds accounting for 20% of total domestic debt. Debt from Myanmar Government treasury bills are Kyats 2.4 billion, accounting for 11% of total domestic debt. According to the 2016 Medium Term Debt Management Strategy, the Myanmar Government has been gradually reducing borrowing so as not to exceed 30% of GDP in foreign debt and 40% in local debt. As of 31 March 2018 foreign debt stood at 15% of GDP while local debt stood at 38% of GDP.

The Central Bank of Myanmar (“CBM”) has announced foreign banks will be free to set their own interest rates on foreign currency denominated loans. Pursuant to Notification No. 6/2018 (“Notification”) issued by the CBM in November 2018, foreign banks with branches in Myanmar are permitted to provide wholesale banking services among other financial services. The CBM has also announced it will allow the expansion of foreign bank branches in 2019. Although the CBM Notification permits foreign bank branches to provide loans and other banking services for companies and organisations, it retains certain restrictions in respect to the use of immovable property as collateral, the provision of fixed deposit savings accounts and the paying of interest in Kyat. The CBM has not yet set the maximum interest rate for foreign currency loans, but it is expected to reflect market prices. The maximum interest rate for Kyat loans is 13%. The move is a positive development for Myanmar’s banking sector, which is in need of capital investment to develop its infrastructure and economy.

Myanmar Government to enter into low interest loans to finance the China-Myanmar Economic Corridor, part of the Belt and Road Initiative

Representatives of Myanmar’s Ministry of Planning and Finance have confirmed that projects implemented as part of the China-Myanmar Economic Corridor (“CMEC Projects”), which include major infrastructure projects, border economic zones and city expansion projects, will be developed under public-private partnerships and with private financing. In order minimize its debt burden, the Myanmar Government intends to only enter into loans with low interest rates. Myanmar owes more than US$10.2 billion in foreign debt, 40% of which is owed to China. The overall cost of the CMEC is still unknown, however according to the CMEC proposal, cost estimations for the initial stages of the project are US$2 billion. CMEC Projects are required to align with national priorities as outlined in the Myanmar Sustainable Development Plan (“MSDP”), a superior plan with a vision of sustainability and balanced development arrangements, he added. According to the CMEC proposal, US$2 billion will be spent on the initial stages of the project, which involves an estimated 24 projects in total, not including a series of other major infrastructure projects which will commence at a later stage of the project’s development. The Myanmar’s Ministry of Agriculture, Livestock, and Irrigation will receive US$400 million from the initial budget to develop the irrigation system along the corridor route in Myanmar. The New Yangon City project, estimated to cost US$1.5 billion, is a component of the CMEC Project for which a framework agreement has been signed between the New Yangon Development Company (“NYDC”) and the HKEX-listed China Communications Construction Company (“CCCC”). The 1,700-kilometer-long CMEC will start in China’s Yunnan Province and pass through Myanmar’s major economic cities—Mandalay in central Myanmar, the commercial capital of Yangon and reach the coast at Kyaukphyu Special Economic Zone (SEZ) in Rakhine State. The proposal includes upgrades to three major roads through Mandalay, Muse on the Myanmar side of the border with China, and some other roads in Shan State. The proposal claims that the CMEC would allow a direct flow of Chinese goods into the southern and western regions of Myanmar and that Chinese industries could transfer here in order to abate the rising labor costs and overcapacity of China’s industries. It said Myanmar would become a major trade hub between China, Southeast Asia and South Asia. Recently, China was granted permission to conduct a feasibility study for a Muse-Mandalay high-speed railway that is expected to link the two economic centers in Myanmar. A memorandum of understanding in respect to the CMEC Project entered into by the governments of Myanmar and China in September 2018, included details on the implementation of the Myanmar-China border economic cooperation zones in Kachin and Shan states. According to Gregory Poling, director of Asia Maritime Transparency Initiative and fellow of the Southeast Asia Program at the Center for Strategic and International Studies,  “The biggest risks of the CMEC Project Chinese project in Myanmar are taking on an unsustainable amount of debt and that Beijing expects a degree of political influence in exchange for these large investments,”

At the end of November 2018, Ning Jizhe, deputy head of China’s National Development and Reform Commission (NDRC) visited Myanmar in a bid to promote the implementation of the CMEC. During his visit, he met State Counselor Daw Aung San Suu Kyi, Minister of Planning and Finance U Soe Win and 11 other officials from different ministries and departments. Leaders from both sides expressed views on the economic development plans and construction of the CMEC, according to the press statement. Ning Jizhe promised Daw Aung San Suu Kyi that the CMEC will be a crucial part of the Myanmar Sustainable Development Plan which will benefit the people of both countries. Daw Aung San Suu Kyi added CMEC Projects should support the long-term interests of both peoples. She stressed that China needed to negotiate CMEC projects systematically and in accordance with domestic rules and regulations.

Ministry of Planning and Finance

one belt one road map countries

one belt one road strategy