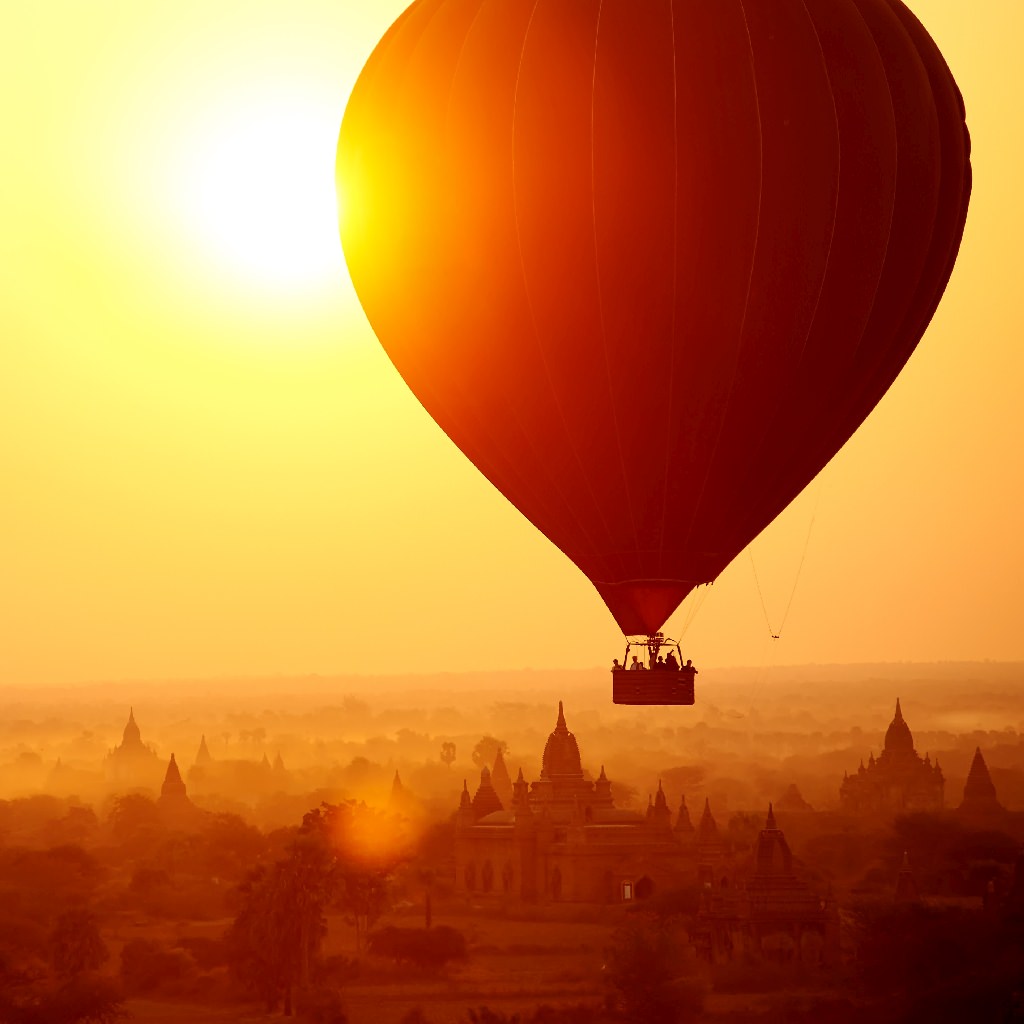 On 5 January 2017, the new Myanmar Companies Law (MCL) was approved by the Myanmar Government. The Myanmar Companies Law was drafted by the Department of Investment and Company Administration (DICA) of the Ministry of National Planning and Economic Development with the assistance of the Asian Development Bank. The draft legislation has now been forwarded to Myanmar’s parliament (the Pyithu Hluttaw) for final approval. The Government has stated its intention to pass the draft legislation into law by the end of March 2017.1

Classification of a “foreign company”

The Myanmar Companies Law defines a “foreign company” as a company incorporated in Myanmar “in which an overseas corporation or other foreign person [or a combination of both] owns or controls, directly or indirectly, an ownership interest of more than the prescribed ownership amount”. This is a significant departure from the Myanmar Companies Act, pursuant to which a company is considered to be a foreign company if a single share in the company is owned by a foreign national or corporation.

The Myanmar Companies Law is silent as to ‘the prescribed ownership amount’. It is expected that the ‘ownership interest’ or ‘ ownership amount’ will be fixed at 35%3 , although the Government is likely to reserve the right to waive or vary permitted levels of foreign ownership to encourage foreign investment in certain sectors or to protect local companies. Moreover, the Government will want to retain the power to vary permitted levels of foreign ownership as the Myanmar economy develops.

Incorporation, capacity and powers of a company

The removal of the ‘objects clause’ broadens a company’s powers on incorporation. Companies established under the Myanmar Companies Act should therefore consider the early removal of their ‘objects clauses’ to benefit from the broadened powers available to the company. Alternatively, certain companies may prefer to retain their original objects clause, especially if the clause was drafted as a shareholder protection measure. Companies whose original objects were either prescribed by, or approved by a Government Department or Ministry should consider whether the further approval of that Department or Ministry is required before it amends its objects. A company may amend its objects through a special resolution of its shareholders.

Pursuant to the MCL, a Myanmar private company must have at least one resident director.5 The Myanmar Companies Act required private companies to have at least two directors. Public companies are now required to have three directors, a reduction from seven required under the Myanmar Companies Act. There is no requirement for a company to appoint a Myanmar national as a director. However, at least one director must be ordinarily resident in Myanmar, i.e. a resident in Myanmar for at least 183 days in each year.

The Myanmar Companies Act does not contain detailed provisions on directors’ duties or the remedies available to members, other directors, and the company for breach of directors’ duties. The Myanmar Companies Law introduces internationally recognisable rules and standards in respect to the exercise of power by company directors in Myanmar. Directors have a general duty to act in good faith, in the company’s best interest6 and for a proper purpose. The Myanmar Companies Law sets out more specific requirements with regard to a director’s use of position, use of information, and disclosure of interests , and make a director duty bound to act lawfully and in accordance with the company’s Constitution. To discharge their duty to act in the company’s best interest and for a proper purpose, directors should consider the likely long-term consequences of decisions. Directors are specifically required to consider the effect their decisions will have on the company’s employees, its business relationships with customers and suppliers, the environment and the company’s reputation7.

The Myanmar Companies Act contains limited protections for minority shareholders. The Myanmar Companies Law introduces numerous new provisions safeguarding the rights of minority shareholders in Myanmar companies. Division 19 of the Myanmar Companies Law -‘Members’ rights and remedies’ – sets out detailed provisions in respect to the oppression of shareholders. Under Section 192 ‘oppression’ is broadly defined to include acts contrary to the interests of the members as a whole or oppressive to, or unfairly prejudicial to, or unfairly discriminatory against, a member or members whether in that capacity or in any other capacity. The list of persons who can take an action for ‘oppression’ is set out in Section 194 and includes members, former members (if the application relates to the circumstances in which they ceased to be a member), or any person DICA deems to be an appropriate person.

Section 196 of the Myanmar Companies Law provides for the bringing of derivative actions by shareholders and directors
9 on behalf of a company. Pursuant to Section 271 a shareholder owning over 10% of the shares in a company can apply to DICA
10 to have the affairs of the company investigated. DICA will investigate the company if it is of the opinion that the company or one of its directors or officers may have committed an offence and the application by the appellant shareholder was made in good faith and on reasonable grounds. Section 126 sets out provisions and procedures in respect to the variation of rights of holders of classes of shares. Pursuant to Section 126(e) a shareholder who has had the rights attached to their shares varied can appeal against the varying of such rights, provided that they voted against the resolution tabled in respect to the variation. Companies can also provide for additional minority shareholder rights in their Constitutions.

Section 62 of the Myanmar Companies Law expressly permits companies to issue different classes of shares, including convertible and redeemable shares, preferential shares (providing for both preferred voting rights and rights to dividends) and non-voting shares. Shares can be denominated in different currencies
11. Under the Myanmar Companies Act the share capital of a Myanmar company can be divided into different classes of shares but a foreign investor cannot hold preference shares that are convertible into ordinary shares. The use of different classes is expected to assist financing efforts and the structuring of the rights of different shareholders.

The Myanmar Companies Law introduces new rules on capital maintenance and alteration. Section 115 sets out detailed requirements on the reduction of share capital whereas Section 120 sets out provisions in respect to share buy-backs.

Division 22 of the Myanmar Companies Law sets out provisions in respect to mortgages, penalties and charges. Under the Myanmar Companies Law charges or mortgages on a company’s shares or property are void if not registered. The DICA will keep, with respect to each company, a register of all mortgages and charges created by the company after the commencement of the Myanmar Companies Law. Companies will be issued with a certificate of the registration of any mortgage or charge registered. Pursuant to Section 239 every company is required to keep a copy of every instrument creating any mortgage or charge requiring registration under Section 229 at its registered office. The copy of the instrument creating a mortgage or charge shall be kept at the company’s registered office and be available for inspection at all reasonable times by any creditor or member of the company. There is no fee for the inspection of these instruments by a creditor or member. The register of mortgages and charges maintained by DICA will also be open to t inspection by any other person on payment of such reasonable fee as the company may specify.

The Myanmar Companies Law introduces simplified statutory requirements for small companies. A ‘small company’ is a company which is not a subsidiary of a public company, which has less than 30 employees and which together with subsidiaries has an annual revenue of less than Kyats 50 Million (or approximately US$37,000). Small companies may be exempted from requirements such as the appointment of auditors, the filing of financial reports13 and the holding of Annual General Meetings14. The DICA will determine whether or not a ‘foreign company’ qualifies as a small company.

1  It should be noted however that the Myanmar Companies Law’s progress to date has been slow. First drafts were circulated in 2015 and updated drafts in 2016. The new Myanmar Government’s legislative priorities are subject to change.

2  Instruction 2/2015 on the “Scope of Trading Activities Permitted for Investors in the Thilawa Special Economic Zone” introduced a limited exception to the general prohibition on foreign participation in ‘Trading Activities’. Instruction 2/2015 applies to investors in, and promoters of,the Thilawa SEZ only.
3  Htin Lynn Aung, “Myanmar Companies Act sent to parliament”; Myanmar Times, 12 January 2017, http://www.mmtimes.com/index.php/business/24508-myanmar-companies-act-sent-to-parliament.html
4  Section 5 (a) (ii)
5  Section 4, Essential Requirements of Companies (a) (5)
6  Section 166
7  Section 166 (e) (i) (A) – (D)
8  Section 70 of the MCA
9  Derivative actions can also be brought by former members, or person entitled to be registered as a member, of the company or of a related body corporate, former directors, or former officers of the company, and persons acting with leave granted by the Court under Section 197 of the Myanmar Companies Law
10  Or another Government body as may be nominated by the authority of the Ministry of Planning and Finance whose responsibilities include the administration of the Myanmar Companies Law.
11  Section 14 (b) (i)
12  Section 74 (c) (iii)
13  Pursuant to Section 257 (c) Sections 260 to 268 (inclusive) and 279(e)279(b) do not automatically apply to a small company
14 Section 146 (e)