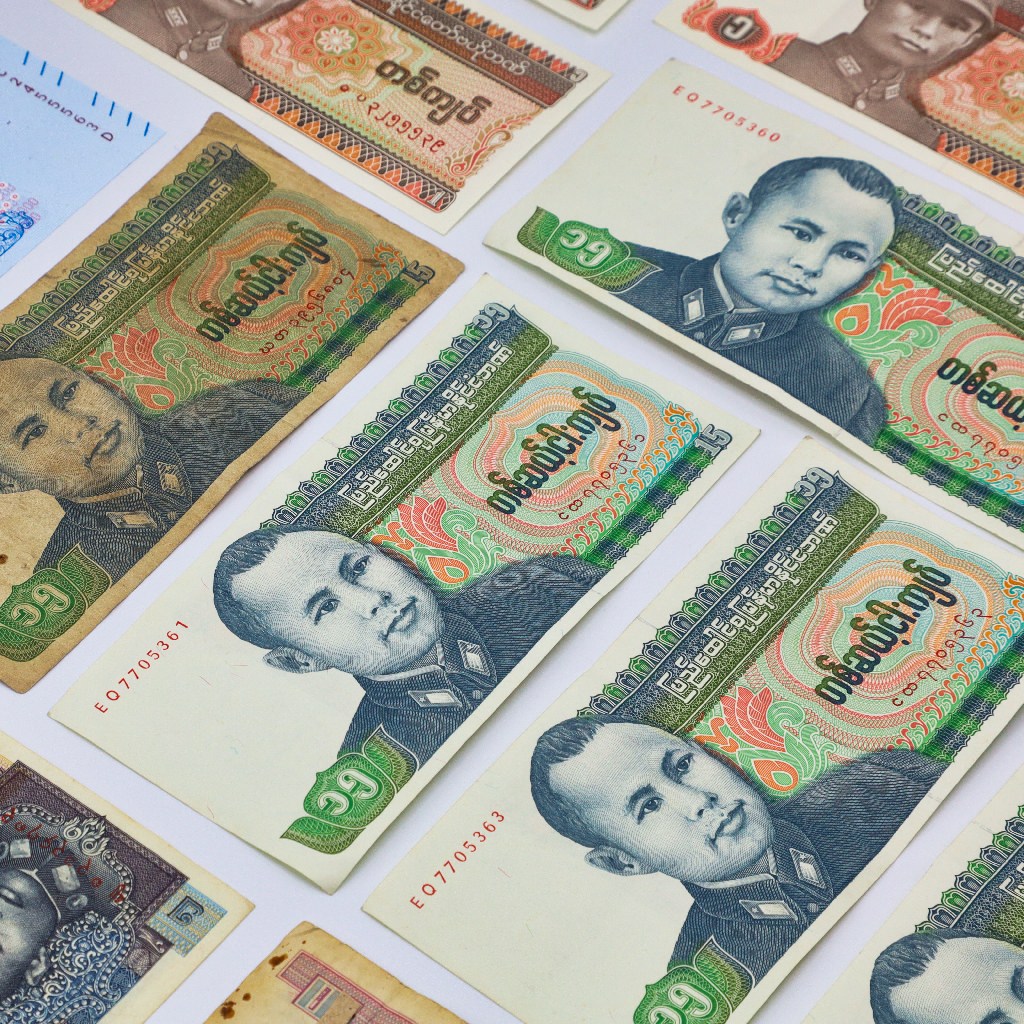 Over recent years, Myanmar’s financial and banking system has undergone major reform and liberalisation. This has been achieved largely through the enactment of a series of laws and regulations, including the Central Bank of Myanmar Law (2013), Financial Institutions Law (2016), Foreign Exchange Management Law (2012) and Securities and Exchange Law (2013). Major measures have included increasing the independence of the Central Bank of Myanmar (the “Central Bank”) and establishing robust prudential standards for the banking industry. More recently, on 7 November 2019, the Central Bank announced a new round of foreign bank licensing in Myanmar.

Although Myanmar is a largely cash-based economy, there has been significant growth in its banking infrastructure over the past several years. From 2013 to 2018, the number of banks (including state-owned banks) in Myanmar increased from 23 to 28, while private bank branches increased from 577 to 1,715.[4] During the same period, there was a dramatic increase in the number of automated teller machines (“ATMs”) from 253 to 3,123, as well as a significant increase in point-of-sale (“POS”) devices from 855 to 14,015.[5] Further, “deposits and loans as a ratio of GDP approximately tripled between 2011 and 2016”.[6]

The Central Bank of Myanmar can be traced back to the Union Bank of Burma which was formed in April 1948 by the Act of Union Bank of Burma 1947.[7] More recently, the Central Bank of Myanmar Law was enacted in 2013, under which the Central Bank was established as a body with enhanced autonomy. Section 6 of the Law sets out the objectives of the Central Bank, namely to promote monetary stability, enhance financial system stability, develop an efficient payments and settlement system, and support the general economic policy of the Government conducive to sustained economic development. The funds and powers of the Central Bank, as stipulated in section 40, include: formulating and implementing monetary policy; determining and implementing the exchange rate policy; maintaining and managing the international reserves of Myanmar; acting as the sole issuer of and managing the domestic currency (the kyat); overseeing the financial system in order to maintain its stability; regulating and supervising financial institutions; overseeing the money market and foreign exchange market to ensure orderly operation in such markets; promoting and overseeing a safe, sound and efficient payment system; acting as lender of last resort for banks; and maintaining accounts of the Government.

The Central Bank maintains strong controls over interest rates in relation to Myanmar’s domestic currency. It has set the interest rate at 10% per annum, and the maximum lending rate for commercial banks at 13% (and 16% in the case of unsecured loans), and the minimum bank deposit rate at 8%.[8]

There are various local and non-local financial institutions with a presence in Myanmar, including four state owned banks[9], 27 private banks[10], 29 non-bank financial institutions[11], five mobile financial services providers[12], one credit bureau[13], 13 foreign bank branches[14], 45 representative offices of foreign banks[15] and six representative offices of foreign finance firms[16]. However, Myanmar’s private banking sector is dominated by the “Big Three” domestic banks, namely Kanbawza Bank, Ayeyarwady Bank and Co-operative Bank. It is estimated that the “Big Three” receive two-thirds of deposits, provide two-thirds of loans and operate over half of all bank branches in Myanmar.[17]

The Central Bank is the sole supervisor of Myanmar’s private banking sector in relation to licensing, regulation and enforcement. Myanmar’s state-owned banks are subject to the Ministry of Planning and Finance particularly in relation to the scope of their mandate as well as policy guidance and direction.[18]

Myanmar’s Financial Institutions Law (“FIL”) was enacted in January 2016, and replaced the Financial Institutions of Myanmar Law (1990). The FIL provides detailed guidance for local and foreign financial institutions, encompassing fundamental matters including the Central Bank’s duties and powers, and prudential requirements for financial institutions. According to Myanmar’s Ministry of Information, the FIL provides a comprehensive legislative structure to ensure the “effective implementation of a stable and modern banking system” and satisfies “international best practice” as set out in the Basel Core Principles.[19]

The aims of the FIL as set out in section 3 of the Law, are to encourage the sustainable economic development of Myanmar; foster Myanmar’s financial sector; ensure that financial institutions carry on financial services activities in line with international standards; enable the Central Bank to effectively regulate and supervise financial institutions in accordance with international standards; and maintain the stability, safety and soundness of the financial system and protect depositors’ interests.

Under section 12 of the FIL, any person seeking to carry out banking business (i.e. commercial banking or development banking) must be: (a) a company incorporated in Myanmar that holds a valid license issued by the Central Bank; (b) a foreign bank subsidiary or branch with a valid license issued by the Central Bank; or (c) a person who is exempted under section 19 (namely scheduled institutions, which refers to institutions not established under the FIL, but under another law, that provide financial services for a specific group or a community including the Rural Development Bank, the Agricultural Bank, micro finance institutions licensed under the Microfinance Business Law, credit societies and the Postal Savings Bank).

There is a prohibition on licensed banks under section 13(c) to carry on any activity other than the activities permitted under the FIL. Further, section 51 states that each bank may carry on the activities permitted by the FIL, subject to its memorandum of association and articles of association and the conditions and restrictions of its license. In the case of a licensed commercial bank, the following activities may be pursued under section 52: acceptance of deposits; lending; leasing; factoring; money services; credit token business; foreign exchange business; issuing and administering payment instruments such as credit cards, travellers’ cheques and bankers’ drafts (payment orders); issuing of guarantees and commitments; trading for own account or for account of customers in, money market instruments such as cheques, bills and certificates of deposit, foreign exchange, currency forward and spot contracts, swaps and exchange and interest-rate instruments, and transferable securities; providing corporate advice; money broking; portfolio management and advice; trustee services; credit reference services; e-banking; mobile banking; safe custody services; development banking business; mortgage financing; and/or other banking activities determined by the Central Bank. In addition, under section 53, a bank, through a separately incorporated subsidiary, may engage in insurance business; securities broking business; or any other activity related to banking business as approved by the Central Bank.

The FIL prescribes various requirements and obligations that banks must adhere to. Banks are subject to capital requirements under section 34: a Myanmar incorporated bank must hold paid-up capital not less than twenty billion kyat, and a branch or subsidiary of a foreign bank must hold paid-up capital of at least the equivalent of US$75 million. Further, pursuant to the Capital Adequacy Regulation issued by the Central Bank in July 2017, banks must maintain a capital adequacy ratio (being the amount of a bank’s capital as a percentage of its risk weighted assets) of 8% (and 4% in respect of Tier 1 Capital, which includes among others, permanent shareholders’ equity in the form of issued and fully paid ordinary shares ). Banks are required under section 35 of the FIL to maintain a reserve fund and transfer 25% of the net profits each year to its reserve fund (until the reserve fund is equal to 100% of its paid-up capital). Section 36 provides that banks must hold such minimum (or minimum average) amount of liquid assets in Myanmar as may be specified by the Central Bank, and in July 2017, the Central Bank issued a notification stipulating that a bank must maintain a minimum liquidity ratio of 20% at all times.

There are other important regulatory requirements. Banks are prohibited under section 59 from taking on financial exposure in respect of a person (or a single counterparty or a group of connected counterparties) which amounts to, in aggregate, a liability of over 20% of the bank’s core capital. Banks are subject to anti-money laundering and counter-financing of terrorism legislation and regulations (including customer due diligence requirements) as set out in Charltons Myanmar Highlights issue “Myanmar AML/CFT Regime at Risk”.

Banks are subject to various governance standards and record keeping and accounting obligations. Section 73(a) stipulates that banks must have a board of directors comprising of at least five persons elected at a general meeting of the shareholders of the bank. Under section 76, a person must be fit and proper to hold office in order to be eligible to be appointed, elected or nominated as a director, chief executive or manager of a bank. Under section 67, banks must keep on file pertinent documents for every transaction and commitments of the institution, in such form as shall render the documents admissible as evidence in a court of law. In addition, section 84 provides that every bank must maintain accounts and records, and prepare periodic financial statements, adequate to reflect its operations and financial condition and in accordance with internationally accepted accounting standards.

In its announcement in November 2019, the Central Bank announced a third round of foreign bank licensing applications available to foreign banks with representative offices in Myanmar. In the forthcoming licensing round, foreign banks may apply for a branch licence or a subsidiary license. In the case of a branch license (which will entail wholesale banking), the legal requirements remain unchanged from the existing foreign bank branch licenses. Holders of branch licences will only be permitted to establish one place of business. They will also be subject to a minimum paid-in capital of US$75 million, including a two year lock-up with the Central Bank of US$40 million. Regarding subsidiary licenses, wholesale banking activities will be permitted at first, and their service offerings will be allowed to extend to onshore retail banking activities starting from 1 January 2021. Subsidiaries may establish up to ten places of business as either branches or off-site ATMs. Subsidiary license holders must have a minimum paid-in capital of US$100 million.

Commencing in June 2020, existing foreign bank branches will be permitted to convert into subsidiaries. The foreign bank branch must have three full years of activities as a branch in Myanmar prior to making a request to the Central Bank to convert into a subsidiary. Foreign bank ownership of a Myanmar domestic bank greater than 35% of the capital of the domestic bank may be allowed on an individual case basis starting on 1 January 2020.

The Central Bank’s deputy governor, Soe Thein, stated that in order to give momentum to Myanmar’s financial sector, additional foreign banks will be licensed.[21] He further expressed that the view that “Myanmar has relaxed restrictions on… licensed foreign banks to some extent”.[22] In November 2018, the Central Bank issued Directive 6/2018, permitting foreign banks to supply loans to domestic companies at the rate of 13% in respect of loans in Myanmar kyats, and to be able to determine their own interests rates in respect of loans in foreign currencies.[23] According to the Directive, foreign banks will be allowed to supply the full range of trade financing services.[24]

In August 2019, the Central Bank announced that it had selected German-based Roland Berger Company Limited to provide consultancy services for approving foreign banks and branches to operate in Myanmar, as part of the third phase of Myanmar’s economic liberalisation.[25] For more information, please refer to Charltons’ September 2019 Myanmar Highlights.

[17] Milken Institute, “The Banking Sector in Myanmar: An Assessment of Recent Progress” (August 2017). Available at: https://milkeninstitute.org/sites/default/files/reports-pdf/083117-MyanmarBanking.pdf.

[19] Ministry of Information, The Republic of the Union of Myanmar, “Financial Institutions Law for a stable and modern banking system”. Available at: https://www.moi.gov.mm/moi:eng/?q=news/14/11/2018/id-8348.

third round of foreign bank licensing in Myanmar 2019